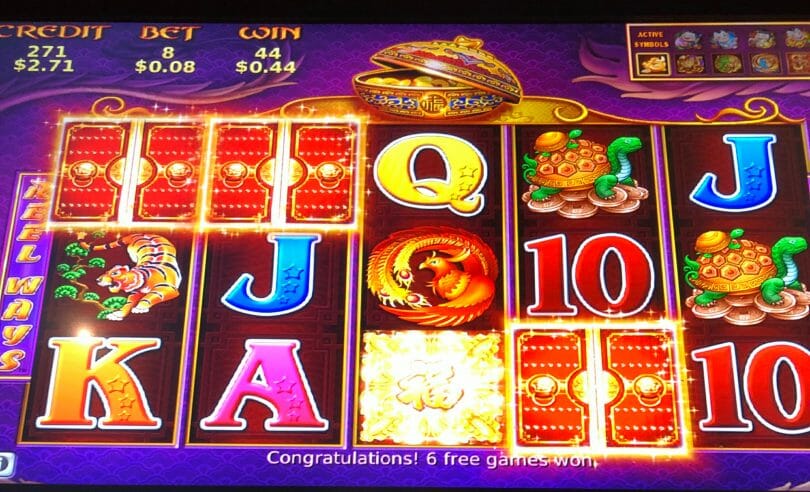 Some players believe you shouldn’t leave a slot machine when a lot of bonuses or big wins have recently landed; similarly, they believe you should walk away if the machine is not paying anything. Do machines get hot or cold?

STATUS: They don’t. Hot/cold is an analysis of spins that have taken place; the next spin cannot be determined based on what has previously taken place.

As discussed exhaustively in the past, a game’s next spin can’t be determined based on previous spins (excluding the impact of persistent state reels, which can carry into a future spin). This is similar to the roulette board history board and how it won’t be able to definitively tell you what will come next.

The next spin will be determined on a Class III/Vegas style slot based on the timing of the press of that spin button and what number is active in the RNG at the time you press it, not based on whether there were six bonuses or three big wins preceding it.

The idea of a machine being hot is an analysis of what just happened, but like having had 10 coin flips land on heads in a row, the next coin flip is still either heads or tails, and the odds of that next coin flip being one or the other hasn’t changed from any other time you flip the coin, even if it’s unusual to have 10 heads happen before it. The weird part already happened because that streak has occurred.

On the flip side, a machine that hasn’t paid in awhile being cold is equally an analysis of what happened. Having a streak of no wins doesn’t mean the game is “due” to hit, or that it will remain cold.

So while it may be easy to develop a superstition around hot or cold machines, just remember that you’re looking at what’s already taken place, and that doesn’t have anything to do with when you hit “spin” next.