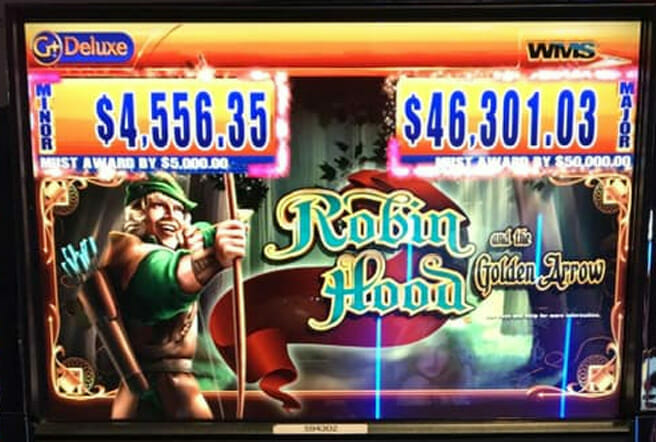 It’s been discussed previously that higher limit slot machines have a higher payback. Does that mean that they pay more often?

STATUS: No. Hit rate has very little to do with the payback of a slot.

Many players get confused about the difference between payback percentage and hit rate.

Payback percentage is, over the long term, what a machine is expected to pay back based on its programmed outcomes and the RNG doing its work over time.

Meanwhile, hit frequency, or hit rate, is the percentage of spins that are winners over time.

Both are part of the machine’s math, but each have their own role. For payback, it’s how it governs the pays of the machines. But hit rate governs how often you’ll see hits. And games with identical paybacks can have highly different hit rates.

Take $100 or Nothing, a game I’ve mentioned here before that you can find in Las Vegas. There are two outcomes: You win $100, or you win nothing. Nearly every spin will pay nothing, but that one spin here or there that pays $100 pays 100x your bet. The hit rate on that machine, to build in a house edge, will be a bit less than 1 percent.

Other slots can have hit rates in excess of 40 percent, although you’ll get a lot of small “wins” on them that many times will be less than your bet. But it’s still a payout, so it counts in the hit rate.

Hit rate is part of what makes a game a game. When you play a game in the 88 Fortunes/5 Treasures/Dancing Drums format, they all have a similar feel in play because they’re designed to be sisters. When you play a game in the Quick Hit series, the hit frequency, how often you hit a Quick Hit jackpot, etc., is maintained. As such, hit frequency is an important part of the slot’s DNA.

But that $100 or Nothing and that Quick Hit game, which have very different hit rates, could have the exact same payback percentage, even though how often each pays is quite different. That’s because payback percentage is long term payback – it doesn’t matter if it’s paid once in a blue moon with a big win, or every other spin with a small win – the payback is the total sum.

So while higher limit games will pay you back more than a lower limit slot, as an average over time, it doesn’t mean you’ll get winning spins any more or less often. That’s up to the game’s design.

And while a game set to a higher payback may see a slightly higher hit rate to adjust for it, other changes to the game, like a higher frequency of higher paying symbols, can do this equally well. Or it’s a combination of both, as can be seen in the PAR sheet examples shared previously.

But generally speaking, game designers will try to keep the hit rate pretty close so the game still feels like the game you know and love. And if you’re a Myths v. Reality regular reader, or tend to believe in many of the slot urban legends, you might also suspect they do it to make it harder to tell which games pay better or worse.