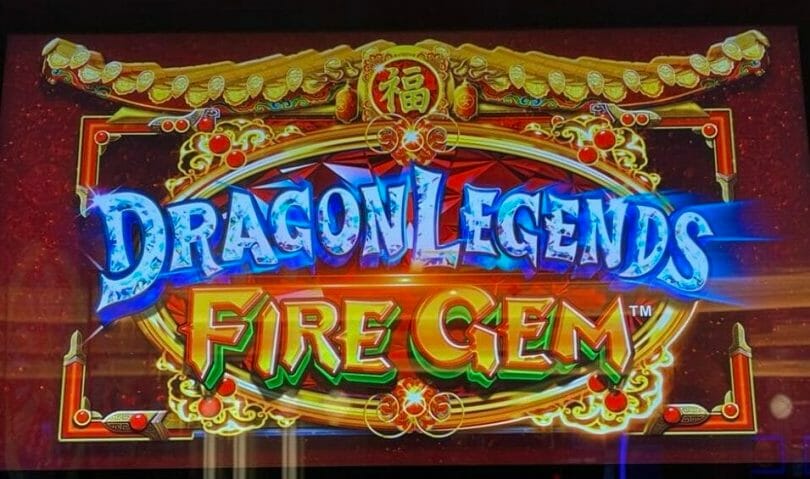 On my recent cruise on the Carnival Mardi Gras, I played a game I had never seen before, an interesting scenario as historically I didn’t expect to see new games on a cruise, but indeed here it was.

The first thing that I noticed is that the game seems to leverage the basic Fire Link math model to build from, which makes sense given that game series’ popularity. The bet panel matches the standard Fire Link bets at various denominations. And four cash on reels prizes, in this case laid out as gems, gets a hold and spin bonus.

The hold and spin has the ability to unlock more rows as more gems are collected, just like on Fire Link, so that aspect is maintained across this new game series.

However, there is a new wrinkle introduced in this bonus. Prizes can be upgraded when two things happen. First, you need three or more touching each other creating connected blocks of gems. Second, an upgrade system has to land adjacent to one of them. At that point a wheel will spin, revealing a prize that will be added to each gem in the interconnected block.

If the upgrade appeared in the unlocked section, it will also reset to three spins as if you landed another gem. That can really begin to add things up if you can keep getting upgrades, as the number of spins can also keep resetting. I got a 200x on this version and a 300x bonus on its sister game, Aqua Gem (with a different upgrade mechanic) during my various sessions on the games, so the bonus can really deliver.

The base game, like the Fire Link series, has the opportunity to pay well with lots of wilds. In this version, some wilds, surrounded by a red glow on the reels, can expand to fill the reel. It’s not uncommon for three or four reels to turn wild when enough come out.

In the free games, all wilds expand to fill the reel, increasing the odds of big line hits. That said, also like Fire Link, the free games are far from easy to come out, and by design. The hold and spin frequency seems about right with what I’m used to on other Fire Link games, and the bonuses do have some real potential.

Overall it’s a nice variation on the game structure, while still offering some new twists. It was certainly fun to play and a great discovery on the ship.