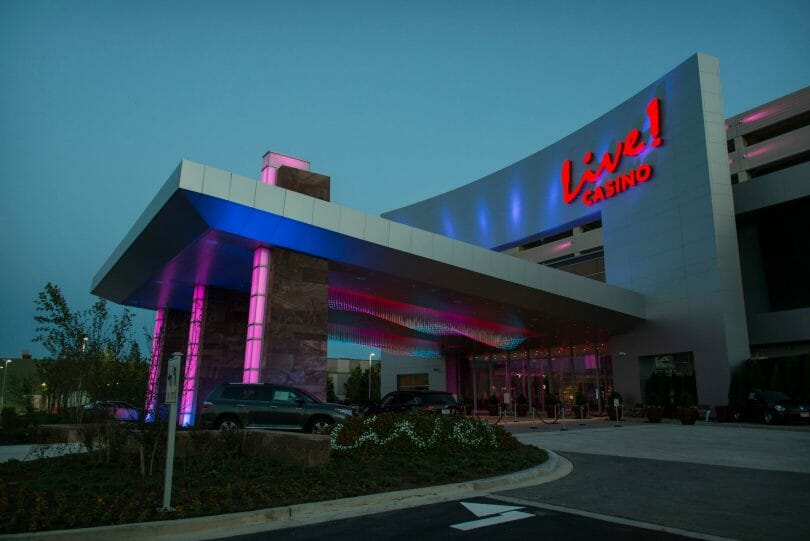 During my visit to Maryland last year, I had an opportunity to visit Maryland Live!, a casino that’s a bit outside of Baltimore but features a sizable casino floor.

I was impressed by the mix of games the casino had on its floor, along with the gaming floor size – it rivaled what I’m used to at home in Connecticut, which isn’t a bad thing at all.

Let’s take a look at what this property has to offer.

With approximately 4,000 slot machines, the gaming floor is enormous. It features a generous mix of old and new games, all incredibly well maintained. Many of the older machines were functioning quite capably given their age, which is not something I see as often in other parts of the country.

As a fan of the old G+ Deluxe machines I was pleased to see so many of them available on the floor and in good working order, alongside the newer machines. They were getting good gameplay from players, so I’m sure part of the reason why they were still around was their popularity.

Live! has a nice and sizable high limit room with a variety of games, but the bulk of their gaming floor features lower denomination games, mostly at the penny level.

There are almost 200 table games installed here; while I didn’t play during my visit, I don’t recall the table limits being too high, but I recall noting to myself they’re higher than I would normally pursue at the time of day I was there. The whole casino, tables included, were pretty busy, so I presume the limits were a result of the busy tables.

Like Horseshoe not far from here, Live! is smoke free inside, but does have an outdoor gaming space, the Orchid Gaming & Smoking Patio, which features 150 slots, 26 electronic table games and 6 dealer-run table games for those who wish to smoke and gamble.

The hotel opened in 2018, with 310 rooms including 50 suites. The rooms are well appointed and modern, as to be expected with such a recent addition to the property.

I didn’t end up staying at the hotel when visiting in the area; there are a number of hotels across from the complex and I ended up staying there instead. But I’ve spoken with a couple of people who have stayed there and said the rooms are quite comfortable.

Live! has the Live! Rewards program, a six-tier card system that features escalating rewards and offers based on your tier and play. You earn a point per $1 of slot play, $2 of video poker or $6 in electronic table play. 600 points is worth $1. Points can be converted to free play, food, retail purchases at Shop Live!, or direct bets (the latter requires $5 minimum conversion).

Tiering up can be a bit of a slog; you need 25,000 points to reach the second tier, which is $25,000 in coin-in on slots. And comp earnings is below even the national programs like MGM and Caesars, which is a bit unusual. So the comp dollars and tiering up will come a bit more slowly at Live! versus, say, Horseshoe Baltimore or MGM National Harbor, unless you time for a promotion like a tier multiplier or accelerator promotion, which as of this publication one is coming up shortly.

As you tier up, you become eligible for additional promotions, extra entries in drawings, accelerators on self-comps (which is probably why it starts at such a low accrual), and discounts at various outlets on property. But the highest tier takes $2 million a year in slot coin-in, so that’s probably going to see limited membership.

Like some other Live! projects, the casino is connected to a sizable mall. A Live! casino is opening near Pittsburgh in a similar situation, as I write this, and the owner of Live!, Cordish Companies, is a successful mall developer, so it makes sense. So for those who like to shop while visiting a casino, this certainly offers an option for that.

There’s a good-sized entertainment venue on site, which during more normal times brings in the standard complement of casino entertainment.

Because of its location and setup, there’s a generous six-floor parking garage with free parking for casino visitors, which ensures parking won’t be an issue.