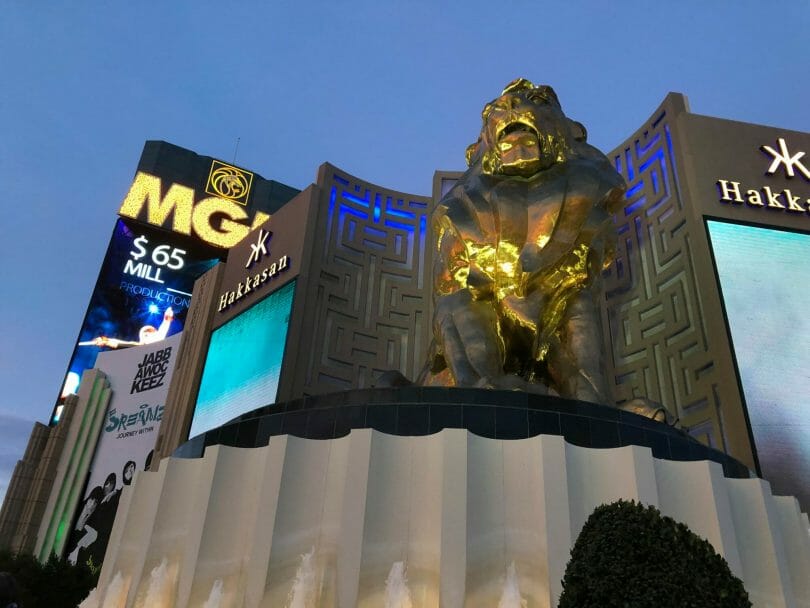 The first time I ever visited Las Vegas, I played at MGM Grand as one of the casinos I visited… and had a tough go of it. The next visit was similar. In fact, during my first three visits I averaged 70 percent payback overall. Of course, running below average isn’t unusual, but it took awhile for me to warm up to MGM Grand accordingly.

I’ve had much better luck since, and in 2021 was able to stay for the first time on property as well. Here’s what you can expect during a visit to MGM Grand.

MGM Grand is a massive property. So it stands to reason the casino floor is also pretty massive. It stretches more or less from an entrance near the strip all the way back to the hotel lobby, with a side area of the casino floor over by where the Ka theatre entrance is located.

As a result, there’s just a wide variety of options on the floor, from older favorites to modern games. There is a sizable high limit slot area near the center of everything, but the bulk of the casino floor is penny slots, standard for the day.

The video poker pay tables really aren’t great unless you’re playing higher limit. This is not unusual for Mlife properties in Las Vegas, so it shouldn’t be a surprise if you play at their other properties regularly.

Table minimums were up there when I visited; I saw a lot of $25 minimums and given my stay was on a weekend that’s not really surprising for Las Vegas in 2021 either.

They seemed to be in the process of switching out a couple of the carnival tables during my visit, as they had games without signage or much explanation on the digital signage going on at the time, and I could’ve sworn the same table was something else the day before.

I was assigned a Stay Well king room. Stay Well is MGM’s program inside many of their properties that have an array of extras that are designed to provide some additional comfort for those who appreciate things such as air purifiers, shower infusers and aromatherapy.

I have to admit I had trouble figuring out half of the stuff, not helped by a diagram on the printed card not lining up with where things were in the room. But the air purifier could be set at different levels and worked well for me as a white noise option for sleeping.

The memory foam mattress was comfortable – I don’t normally sleep on one but enjoyed it here. And the room itself was spacious.

One thing to be aware of is that the MGM Grand was built effectively as a massive addition to what was a previous hotel on the site. That original hotel now constitutes what is the West Wing of the hotel. Those rooms are smaller, so keep that in mind should you book a stay at MGM Grand.

I’ve read complaints about how big the property is and how hard it is to get to/from rooms, but I found the Grand Tower elevators quite easily accessible in the center of it all, and the hallway walk was no longer than, say, Nomad at Park MGM. It’s always healthy to expect a bit of walking at any Vegas property.

But also beware that you may have the opportunity to stay at MGM Signature, a set of three condo buildings built way in the back of the property; that’s a healthy walk for sure to get to anything else.

As mentioned earlier in this post, MGM Grand is part of Mlife Rewards, which means you can earn tier credits and comps that can be used at any property they own or manage. That national reach will certainly appeal to some, as comp dollars earned in Vegas can be spent elsewhere and vice versa.

They have been making tweaks in recent years that makes it less clear how quickly you’re earning comp dollars or points; that can prove to be a slow, painful reduction in comps over time, without much clarity like the other programs offer.

But Mlife Rewards continues to offer two comp buckets – Express Comps, which are standard comp dollars, and Points, which can be used for comps or free play. That dual bucket means even with the changes many will likely get better rewarded than with other national programs.

There’s a lot of dining options on the property, aided by The District, a shopping and eating area which incorporates a wide variety of dining options, including a food court. Their buffet is among those that have reopened post-pandemic, although for a brunch schedule only.

TAP Sports Bar, a concept which has been cloned in other markets such as Springfield, is one I’ve taken advantage of a couple of times when I’ve wanted to sit down and eat, but not have a lengthy meal. The service and food has been consistently fast, and lets me get back to Vegas quickly.