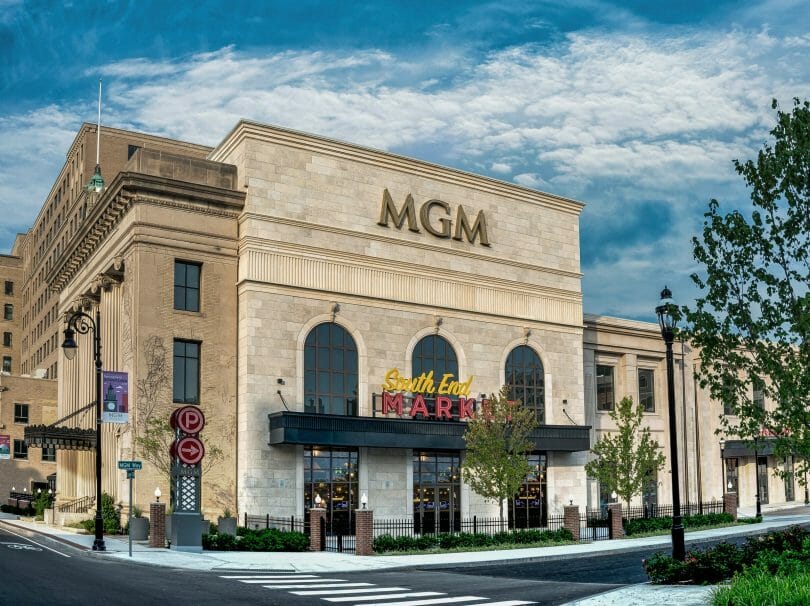 A few years ago, Massachusetts was among the latest states to rev up its gaming options. Starting with a slot parlor at Plainridge Park, two more casinos have come online since: MGM Springfield, which is part of the MGM Rewards program, and the Encore Boston Harbor, which is linked to the Wynn/Encore properties in Las Vegas.

MGM Springfield opened first, and is about as close to me as Foxwoods is, so I’ve paid a number of visits to the property since it’s opening. In today’s article, I’ll share my thoughts about the property.

When the casino first opened, it was densely packed, mostly with new slot machines and table games. Over the past 18 months, a slow and steady overhaul of various sections of the slot floor has been occurring, with changes to reduce the gaming density.

That’s shorthand for less games on the floor, but in the process they’ve been righting some wrongs. They had too few video poker machines in the original incarnation, and at this point they have a larger video poker section in one corner of the casino, along with a few other machines elsewhere. Unfortunately the video poker is set to MGM corporate standards, meaning pretty poor pay tables such as 7/5 Jacks or Better at quarter denomination (compared to 8/5 or 9/6, depending on whether you want comps or not, at Mohegan Sun and Foxwoods).

There was a lot of repetition of games at the beginning, which has slowly been unwound as new games and machine types have come out. They’ve been aggressively updating their slot floor, good to see given the age of the property, and they are rolling in new games as they come out.

Although the floor is pretty broadly leaning towards new games, as would be the expectation for a new slot floor, in a savvy move by MGM they brought in a small, but meaningful amount of old hardware, which allowed them to feature some older, but popular, games, to balance things out a bit. For the most part these came in the form of three reel machines, but there are some video slots like Diamond Queen that also found a place on the floor as a result.

Their gaming floor started very IGT heavy, featuring a very large amount of persistent state games as reviewed here on the site. With the resets those machines have been pruned quite a bit, although it’s not just IGT machines that have been targeted.

The gaming floor wasn’t huge to begin with, but with the pruning of games it’s easy to find yourself exhausted of games you want to play after a couple of hours, especially when busy and the most popular games are constantly in use.

Table game conditions have fluctuated quite a bit since their launch. Before the pandemic, they were advertising low table minimums in the mornings. They brought in stadium gaming, but have pared back their overall table game count along with a pruning of the slots.

Some of the changes have understandably happened after casinos initially closed due to the pandemic, but some of these changes appear to be more permanent. Higher table minimums and less overall tables should be expected to be the norm going forward.

MGM Springfield is part of MGM Rewards, which relaunched in February. I took a look at what I got in terms of comps and tier credits after the changeover, but it appears that things improved a touch in terms of tier credit earnings at the regional properties, at the expense of Las Vegas earnings, which seems to have tanked.

Comp dollar earnings accrued faster at MGM Springfield prior to the new program, and they still seem to accrue pretty quickly, which is good. It’s definitely more generous than what’s earned in programs like Caesars Rewards, and is competitive with other New England programs.

I have consistently been sent offers here since it opened. The offers, for my level of play, I’d describe as pretty generous. Unlike Foxwoods or Mohegan, generally any free gifts can be claimed on the same day as free play. For the CT casinos, if you have a gift offer they more often than not black out the free play in lieu of that offer.

The free play offers themselves seem generous. Multiple times, I’ve received a bonus offer in my email if my most recent visit showed play above the offer level. I also got bonus freeplay as an Empire City Casino customer when they first converted to Mlife after being purchased.

Many times a kiosk game will offer freeplay that is additive to the offer you get by mail, or a comp dollar multiplier will be available and can be leveraged along with the freeplay. Mohegan Sun definitely doesn’t allow this; I’ve seen Foxwoods do comp multiplier with freeplay but not kiosk games.

From that perspective they’re definitely being aggressive.

There’s plenty to like about MGM Springfield and I like it’s linked to the national MGM Rewards program. The changes to MGM Rewards means it’s harder overall to maintain a tier, but it has gotten a bit easier for those who focus their play at regional properties like MGM Springfield.

This casino for me is great for afternoon/evening trips; the casino floor isn’t big enough to keep me engaged for multiple days like Foxwoods or Mohegan Sun, but I definitely keep it in the rotation for a few hour trip on an evening or weekend.