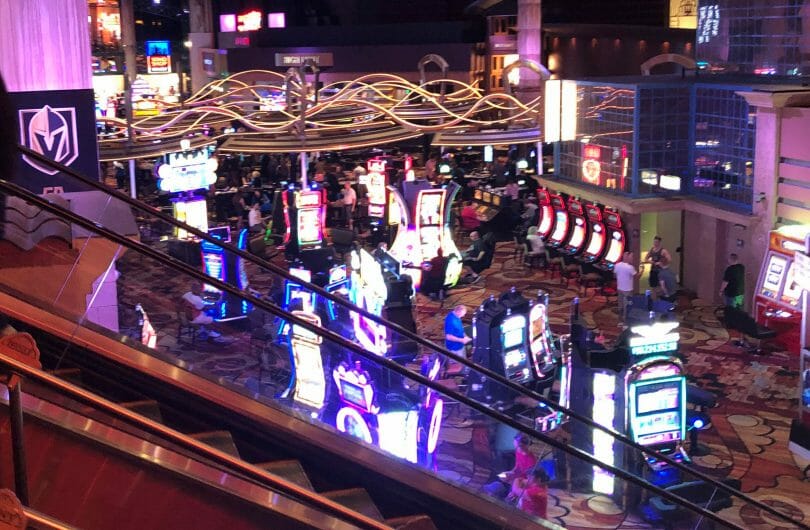 A video is circulating the rounds on social media sites from YouTube from someone identifying himself as a slot tech who claims to be knowledgeable about a number of things, and works to bust myths. Unfortunately in the process he fell victim to a myth or two himself, and it’s clear from this by the way he broached the topic.

My policy is not to link to resources that give out information that’s inaccurate. As such, I won’t be embedding or linking you to the video. However, we’re going to talk about it again today because I think it’s important to continue to reinforce myth busting with confirmation of otherwise. (Here’s a link to my original article on the topic.)

The assertion: Free play pays differently than cash on a slot machine.

He came to his conclusion by noting something that is indeed accurate – free play is tracked and accounted for separately from actual cash. This is in part for regulatory reasons – casinos have to report the free play and other incentives that they award players in many markets as part of their reporting. In turn, you can sometimes see that free play reflected in the reporting, such as in New York State.

But he also says that the machine keeps track of the money in and money out, so it can stay within a range of payback. The whole point of the random number generator (RNG) is to not allow the machine to have that ability. The example he gives if the money is building up and not paying, it will begin to balance itself out. This is wrong.

We’ll get back to the RNG aspect further down, but let’s return to the free play aspect for now, as that’s the main point he pushes as a result of his inaccurate explanation of how a slot works.

I previously shared some key points that are important to realize about slots (fleshed out a bit more to start the conversation):

But let’s go a step further. Here are quotes from some experts who know a thing or 10 about slots. How about this quote from Michael Shackleford, The Wizard of Odds, responding to a player who had a rough go on $500 of free play in Massachusetts:

I’ve never known a given machine to have different theoretical payback percentages depending on whether the player is betting freeplay or cash.  That doesn’t mean it’s impossible and I’m not an expert on Massachusetts gaming laws or practices, but I would suspect you were just unlucky with the freeplay.

Michael Shackleford, The Wizard of Odds, in a Las Vegas Advisor post

(As it happens, Massachusetts largely follows the lead of more established jurisdictions, like Nevada, in the rules that slots are certified against, with a small number of amendments such as a higher minimum required payback on slots vs. Nevada.)

In the comments section of that same article, Las Vegas Advisor also got a quote from Jeffrey Compton, the founder and then-publisher of CDC Gaming Reports, a respected industry publication, who said:

It is illegal in almost any jurisdiction to have variable paytables based on freeplay vs. cash (or other factors).

So you also have jurisdictional gaming regulations on your side. If such a feature would make a game illegal in a certain market, it has to be proven that it won’t change the paybacks on that basis to as part of its certification for being sold to casinos in that market.

Want another opinion? John Robison, a long-time writer on slots, answered a similar question in 2018, and he emphasized that it’s not that a slot doesn’t know the difference, it’s just that it simply doesn’t care:

I hope that I never wrote that a machine can’t differentiate between free play and cash because it clearly can, as you discovered. The statement that a machine cannot distinguish between free play and cash just needs an additional phrase to make it correct. A correct statement is: A slot machine doesn’t care about the source of the funds when determining the results for a spin.

He goes on to note the random number generator (RNG) doesn’t care either.

And just for my own satisfaction, I broached the question with a couple of contacts in the industry, who were equally adamant this isn’t a thing.

I could go on, but I think it’s important to underscore this information from examples from experts. Shackleford has designed slot machine math, so it’s not like he doesn’t know what’s under the hood of games, as an example.

His coda is the machine “will pay around what it was paying” when you start the free play because the machine is “stagnant” – but that doesn’t make sense if the RNG is cycling thousands of times a second. It’s not cycling the same numbers – it’s random for a reason. And this is another example of people trying to assert that a machine’s past performance will somehow influence future results. (He even advises to take free play to the tables, not slots, if given the option!)

So now this brings us back to the RNG part of his assertion. The preset number of outcomes, combined with the RNG, means over time each outcome will be reached as often as any other one, and will over hundreds of thousands of spins, approach that general outcome. It won’t be perfect – the RNG may hit one outcome a bit more than another, but math and statistics are pretty predictable, and approach the outcome with enough time and outcomes.

A lot of people struggle with this – how can it truly be random if the casino is destined to make money the way it’s designed? But it’s random within a preset range of outcomes, not random to the point of being outside the control of those who designed the game. And the fact that he got that wrong too indicates, as it often times does, that you should not just take at face value much of what you read or hear online, and why I attempt in many cases to share more concrete information where it’s available.

I’ve shared PAR sheets, game setting screen shots, and more, and never has there been a “free play payback percentage” setting. Combined with the note about it being illegal in most jurisdictions, and it underscores the average slot simply doesn’t have one. And if it doesn’t have one, the game will maintain the same payback setting regardless of what you’re using to wager.

All of the above covers slots, where things tend to be opaque – it’s even more concrete when you reach games like Keno or Video Poker, where the payouts are clearly listed on the machine and the game has to work like the physical objects would if done outside a computerized setting. You don’t see the pays changing when you activate free play, and that’s a concrete sign nothing’s going on.

One last thing: In some casinos, you wager with your own money, and are reimbursed with free play. I’m not sure how if free play was different a slot would handle that scenario, given the free play isn’t involved until the spin’s outcome is resolved. Also, what about spins that only have enough free play to cover part of a wager? This isn’t the sort of stuff that makes sense when held up to some scrutiny.

Like many things where people want to make the casino the boogie man, I don’t advise people who think the casino’s looking for every way to screw you to go to a casino. They have plenty of ways to make money off of players without having to resort to such scenarios that will have such an insignificant impact to their bottom line. There are lots of other things they can do without much effort.

As far as this particular video is concerned, it’s unfortunate, because I don’t think the person was necessarily trying to misinform, and there was other information in there that was accurate. But because players will hear things they’ve heard before, and then hear the surprise information about free play, it will mislead a number of people into thinking that’s accurate because the rest is, and so it’s just unfortunate that players will be misled into thinking that going forward.