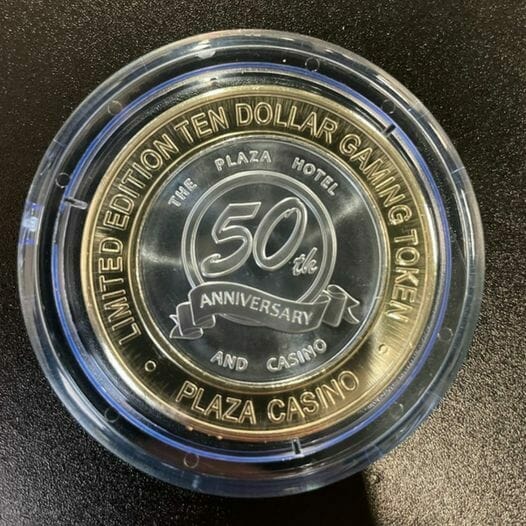 The strike commemorates their 50th anniversary, and comes in a blue tinted container instead of the standard clear ones. It’s still a $10 strike, so in that way it has the same value as any other strike from a cashier’s perspective as any of the other strikes in the machine.

However, for collectors, these special edition ones can be the ones to chase, as there will generally be only availability for a limited period of time, and there won’t be as many of them produced.

There are communities that trade and sell Silver Strikes from different eras, and eBay is full of Silver Strikes available for purchase as well, so if you’re looking for a fun casino collecting hobby, this is certainly an option, with the added benefit that many of the Silver Strikes (mostly the earlier ones) have enough silver to actually grow in value over time with the price of silver.