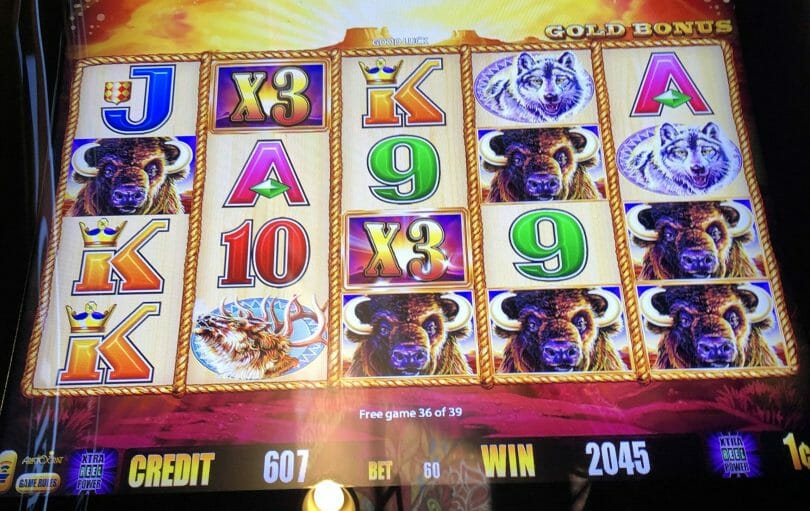 Buffalo games have been a popular topic around here, and lots of players get into the Buffalo Gold concept of collecting heads and retriggers, aiming for that slot machine unicorn of 15 Gold buffalo heads and the potential for massive wins.

Doing it on a smaller bet can lead to a handpay, not an easy feat when you need to achieve 2000x your bet at 60 cents to pull it off. But what about when you’re betting at a higher level?

This is one of those videos that’s just insane, as posted on Slot Machine Wins By CHICO. In this video, which runs more than a half hour mind you, the bonus is triggered on a $6 bet, 10 times that minimum bet.

It starts out interesting with a 30x line hit… on aces. That would be enough to make players happy they wouldn’t get a dud, but clearly the machine was just getting started. A couple of retriggers follow, and then on spin 9 a 40x hit with Buffalo is the first strike on buffalo.

With a half hour to enjoy, I’m not going to give the entire blow by blow, but you can expect:

It’s one of those videos you have to see to believe it! But it’s not even his largest win on the game.

This one is not as big of a multiple of his bet, given the wager was a higher $24/spin, but the win is still over 1,000x, and features:

Both videos are epic and show the real potential of a game like Buffalo Gold!