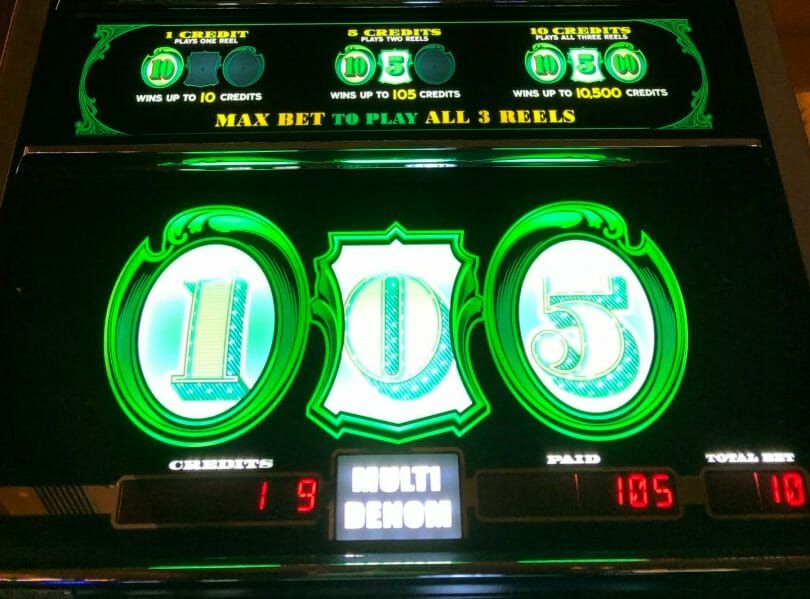 Cash Machine has a simple setup: Land numbers, read across, and that’s the prize you’ve won. The game is reasonably volatile, which makes sense given its high limit target, but the potential is there for some sizable hits.

I certainly learned this myself when I won $1,700 on the game in a couple of short minutes, including a $1,000 win. And I’ve shared Neily 777’s luck on this game. Diana Evoni had her own great run on the game awhile back, and is the focus of today’s slot moment.

Diana started with about $200 in the machine, and had a series of good wins begin to pop up, including the red respin, which guarantees at least one additional number, enhancing a win.

Two spins later, she achieved it, but not with any small win, but a $555 win, which put her well above. Clearly her machine was treating her well! She then set another stopping point and kept going for a bit.

This is a video that’s worth watching, and is definitely the game at among its most active!