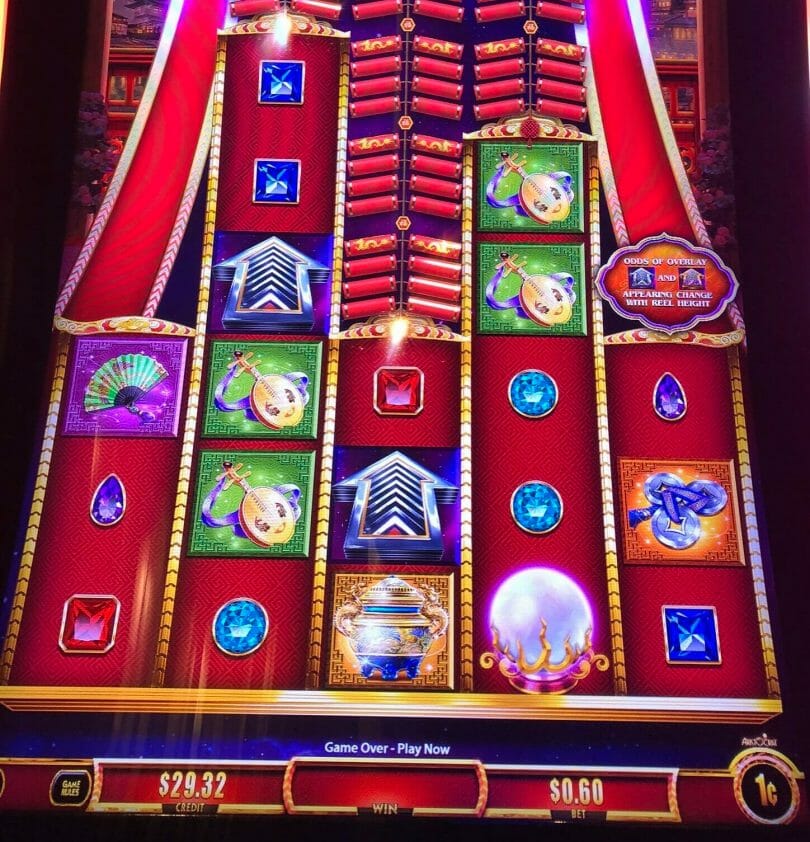 In a previous Slot Volatility post I wrote about Stacked Symbols, which is the idea of the same symbol stacked atop each other for longer strings that can make for more volatile or less volatile games, depending on the game’s design.

A similar concept, but can differ a bit, is the idea of Clumped Symbols. Similar to Stacked Symbols, a bunch of a similar symbol can be featured on reels in very close proximity. Paired with an All Ways Pays format, it can lead to some spectacular payouts, but of course the flip side to that is the higher volatility that usually comes with such a scenario.

But where Clumped Symbols can vary from Stacked Symbols is that there can many times be small gaps between some of the symbols of a reel space or two. In this way you can still land multiple on a reel, but because of the lack of continuous string that can fill a reel, it can lower the amount of ways a symbol can pay, either to add further volatility, or to sometimes balance it out by having a lower top payout limit.

Take a game like Buffalo – many of the versions do not allow you to get a full screen of Buffalo. This brings down the top payout but also manages what the odds of a top payout are to be just a bit more achievable (even if it’s still fantastically difficult to accomplish).

So, in the photo example there, the wilds and buffalo aren’t perfectly stacked, such as in reel 4, where there’s a 9 separating two buffalo, but they’re still placed close enough together on the reel to create a clump that can increase the overall payout by having two symbols lining up in the reel, without having full reel stacks in the reel set.

So now you know how Clumped Symbols differ from Stacked Symbols, even though both accomplish a similar goal more often than not.