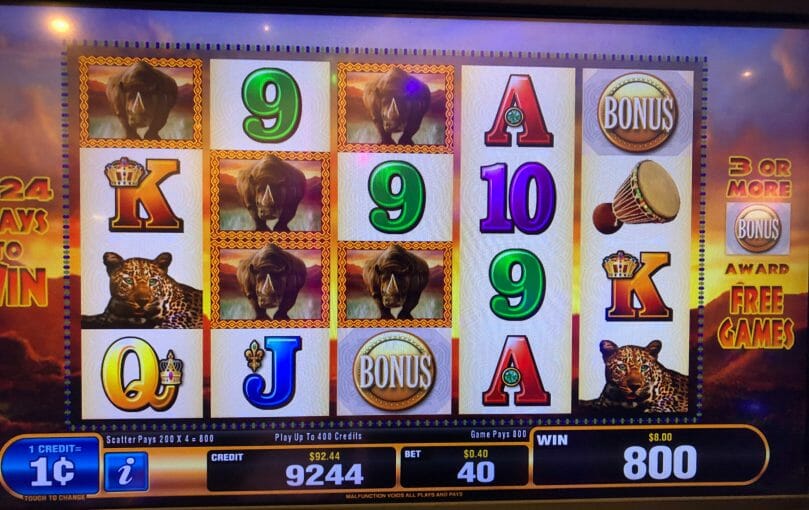 There are a lot of pretty standard rules in slot machine design that go beyond a manufacturer or studio, and have become pretty common practices, enough so that when someone deviates from them players can find it confusing.

One area comes around the design of slot symbols themselves. When you look at a game with video reels, for instance, without looking at a pay table, you can generally get an idea of which symbols are important, simply because of the way the symbols are designed.

On any slot machine pay table there’s generally one or more premium symbols. These are the highest paying symbols on a slot machine, and many times they usually relate to the theme itself.

For example, on the Buffalo series of games, the most important symbols are the buffaloes and the wild symbols. It’s no coincidence that both of those symbols are designed to use the entire reel space allocated in its design.

Compare that to the other animals, like wolves and elk, which are important but don’t pay as much. They take up less of their space by having an oval background, but that oval background helps to underscore they’re still somewhat important.

Then the remaining symbols, which are even less important, have no background at all. On the other hand, bonus symbols tend to often bleed outside their space, or have some sort of connected animation and/or sound, to make them stand out from the others.

If you review other slot machines you’ll see a similar pattern. With games like Rising Fortunes and Dancing Drums, the four higher paying gold symbols have different colored backgrounds; the coins are more prominent than the other symbols but have no background, and then the rest are standard fare icons and plain.

This hierarchy has become commonplace in part to help with familiarity for slots, even if you’re playing a new game. With a quick glance you can begin to catch on quickly. Even though themes can vary widely, these basic slot constructs tend to survive in most scenarios to help make a game be less intimidating.

You’ll also notice, even beyond a manufacturer, that the less important symbols tend to be similar, regardless of who made the game. In next week’s Slot Vocabulary we’ll talk about one example of those symbols, and why they’re so prevalent.