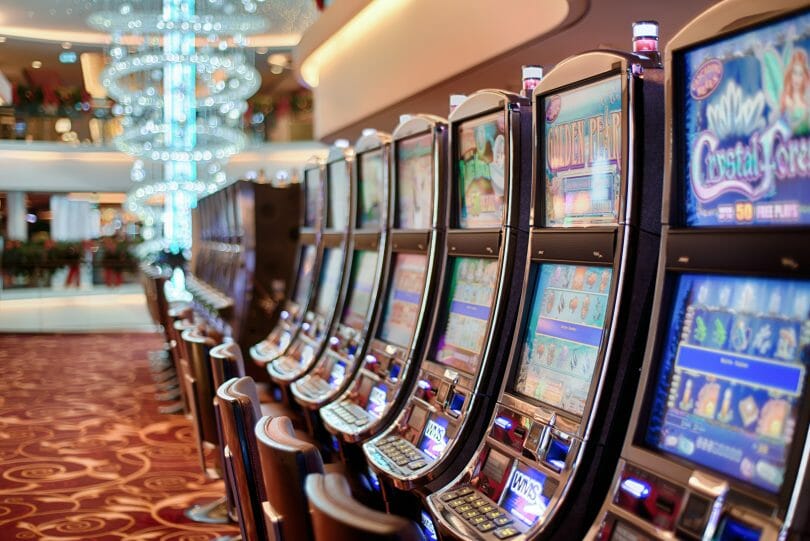 I often get asked how to identify certain types of slots. For instance, how can I know if a game is going to be volatile? Or what games offer higher hit frequency?

Over time, and across a series of sessions, we can begin to discern a variety of things about a slot machine, especially if you play a game enough, or see enough sessions of a game played on, say, online slot channels. Some things we may never be sure at all. But can you discern certain information from, say, a single session?

It’s that last question that makes an experiment being conducted by Josh Duffy on his channel SLOTaholic quite interesting. A year ago he began a series called 100 Spins, and the name describes it pretty well – he picks a slot, plays 100 spins, and then takes a look at what happened.

He recently recapped the first year, which covers 46 games, in the video above. His video amplifies what I think are the key data points you can learn from a single session on a slot. It also helps illustrate what can’t be learned from that amount of data.

So let’s take a look at what sort of information a bit of play on a game can help you understand, and what you should generally avoid trying to figure out from a single cycle.

And while I may pick apart a few things here, I did want to say upfront that I applaud Duffy’s effort to try to look at this in an analytical way; I’ve watched some videos in this series previously, and liked there were efforts to go beyond basic slot play and into more of the “how did it work out” aspect.

Information That Can Be Learned

Even with a short amount of time on a machine, there are a few things you can usually confirm with a bit of confidence.

Duffy’s video gets into the number of “winning spins,” or spins where you get something back (even if not your entire bet). Measuring this at 100 spins, while certainly not perfect, can be a helpful indicator of how often the game will pay something back.

Hit Frequency is helpful because it indicates how often you’ll get paid something. It doesn’t indicate how often you’ll actually win, as a hit can be anything, including a partial payment back of your wager – technically a loss, but the slot machine will still declare it a “winner.”

Duffy also looked at the number of truly winning spins, which means getting paid your bet back or more. The sample size is probably a bit small to gain as much from this, but again games with more of these may be more likely to be lower volatility. In Duffy’s sample, a third of spins overall were “winning,” but of those, only a third of them were actually winning.

Hit frequency is connected to volatility in a meaningful way, and 100 spins can give you some complexion as to a game’s overall volatility.

Games with a higher hit frequency generally are lower volatility, as the game is basically paying smaller amounts more frequently. On the other side, games with big payouts relatively infrequently, thereby having a lower hit frequency, can be much more volatile since you are hoping to get one of those bigger paying spins.

Duffy was surprised that Incredible Technologies made less volatile games (based on having on a high number of winning spins), but their games do seem to be that way overall.

The only finding of his that surprised me was Konami ranked as having more winning spins than a company like Everi, but I think that his success on a couple of the games, coupled with a small sample size of four titles, probably drove this. Otherwise, his rankings based on number of winning spins seems pretty on point.

Unfortunately now that Scientific Games lumps all their sub-brands’ work together, it’s harder to detect a Bally-style game from a WMS-style game from a Shuffle Master-style game (although they do seem to generally use distinct interfaces and sound packages for each at the moment), and since each have their own volatility, they’re all getting blended together now.

Information That Can’t Be Learned

Since Duffy hits upon a few other areas, let’s go over things that can’t be learned either, and use his information to point out where the line is between learnable and unlearnable.

100 spins is simply not enough to understand a game’s true payback percentage. Most people who play slots regularly understands there’s not just volatility, but variance – variance is what allows player A to get a handpay on a game (say, Duffy with Mighty Cash), while player B (let’s say, oh, me) can’t even trigger the stupid Mighty Cash bonus most of the time.

You can certainly calculate the session’s payback, a simple coin-in/coin-out exercise, but that can’t tell you the game’s overall payback. So basing that on a single session won’t get you far.

A game’s payback percentage will be achieved over time, on potentially millions of spins, so 100 is just a very small sliver of a much longer time horizon to achieve a game’s expected goal.

What Winning Spins Will Pay On a Given Game

Duffy does a breakdown of what a winning spin paid him throughout his sessions. This information can be interesting to review, but the sample size will skew this. Mighty Cash has a very low number, but without a bonus, it will, based on its pay table and hit frequency.

One outsized bonus would have turned that session from a big loser to a big winner. That’s a hallmark of a high volatility machine, but that may not be immediately apparent in a single 100 spin session, depending on the outcome. That’s where that variance issue comes into play again.

Duffy noted the number of spins, on average, it took to win his bet back. Happy 8’s (whose sister game, Jolly 8’s, I previously reviewed) was given high marks for doing so every 8 spins. Because it’s a cycle game, that 8th spin has to do a lot of the payout work as you’re building to the 8th spin.

So even though getting at least your bet back every 8 spins is good for a slot, if it’s not getting you close to 8x your bet back to pay for the cycle, it’s going to still be considered a failure, even if that single wager was returned.

So as with anything analytical, there may be outliers that have a specific explanation, and so when doing your own review, it helps to review the specifics of the data point that is way off the beaten path to see if there’s a clear reason why.

Sometimes, to smooth out the results, the top few on the high end and low end are thrown out; it’d be interesting to do the same with Duffy’s data and see how that changes the numbers, if at all.

One other note – Duffy’s 4,600 spins came at a total cost of a few hundred – he’s not betting 30 cents a spin, so that’s a pretty fortuitous outcome – I wonder how it would look if he had taken more of a beating during the series.

Duffy’s series and year one review is a nice examination of the various sessions he played, and along the way reveals some broader interesting trends. While you can’t learn everything from 100 spins, there’s definitely a number of things you can, and it’s cool to see someone putting forth that effort.

I shared with him separately that I’d love to see some traditionally lower volatility games done at some point – Quick Hit, Quick Spin, etc. – to see how they compare. I’m sure presuming the series continues, the net will cast wider and broader.