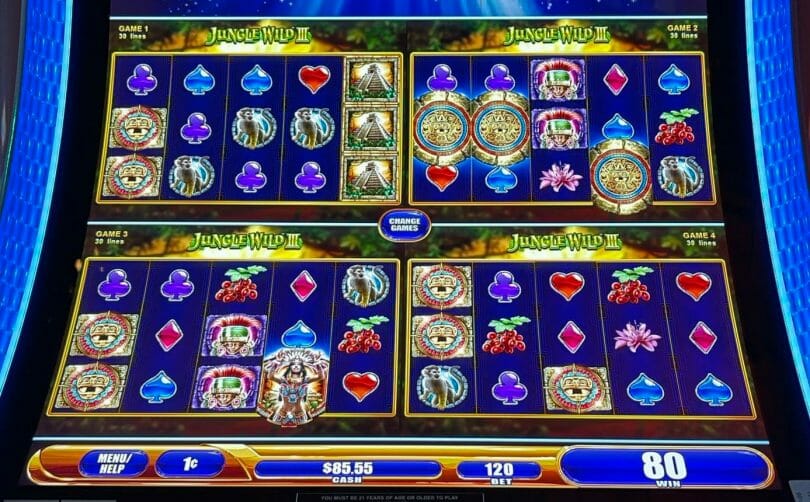 The Reel Set is the entirety of a set of reels that make up a single game. The idea is that all the reels within this Reel Set are used for evaluating pays, and so you can basically draw a box around what is an encapsulated game.

There are some various games out there, such as the Power 4 G+ Elite Game recently discussed here, that have multiple Reel Sets in play. When you review the pay table, it clearly notes that each Reel Set is its own game and being evaluated on its own. What’s in Reel Set 1 does not impact the pays of what’s in Reel Set 2, for instance.

So in those cases each Reel Set is a self contained game, and the pays for each are evaluated on their own.

Because of these multi-Reel Set games, and other game types like Colossal Reels where there’s multiple Reel Sets governing how the game works, the term has taken on a bit of visibility on the games accordingly, really just to help clarify how everything works.

Looking back to mechanical reels, a Reel Set was also used as a term to speak to the set of Reel Strips you needed to install for a specific game, or under the hood the reel mechanical pieces that actually powered the reels themselves.

As you can imagine, having one reel not correct, either symbolically or mechanically, would be a big problem for the playability of a slot, even if it falls into the “malfunctions void payouts” aspect when it comes to pays.

But even in that aspect of the language, it’s still talking about that self-enclosed single game, so even though things have shifted slightly, the overall focus/meaning has remained largely the same.