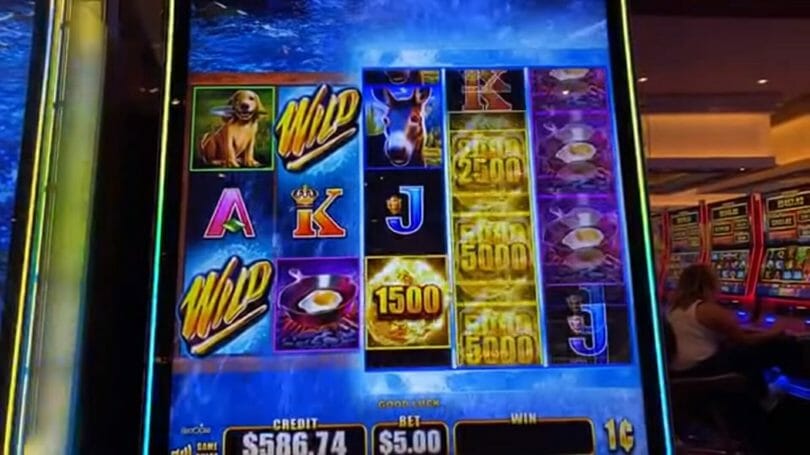 Have you ever noticed when you get two bonus symbols, some slot machines will keep the remaining reels spinning much longer to build some tension? This is what’s known as a suspense spin.

There are various forms a suspense spin can take hold, although a bonus is a very common example of how it’s utilizied. Those Aruze physical reel games will many times use suspense spins to indicate the possibility (although not guarantee) of a wheel spin, bonus round, big win and so on.

Manufacturers will sometimes combine a suspense spin with an intentional tell to build the drama, as my friend King Jason Slots likes to say, and add some additional excitement to the proceedings. Many times the suspense spin will be accompanied by some tense music to indicate the potential for something to happen.

All of this is aimed to shake the game out of push button, reels spin, reels stop pattern by shaking it up and getting players going. It also gives the manufacturers a chance to amp up the volume, lights and so on so other players around the machine will hear it and potentially get interested in the game themselves; slot machines tend to do their own marketing on the casino floor, after all, to draw in other players.

Suspense spins have had their place in games for a long time; the classic mechanical reel slot Haywire would use the shaking and spinning of reels to indicate another respin could be coming, for instance. But suspense spins are definitely more common nowadays than when mechanical reels were the norm.