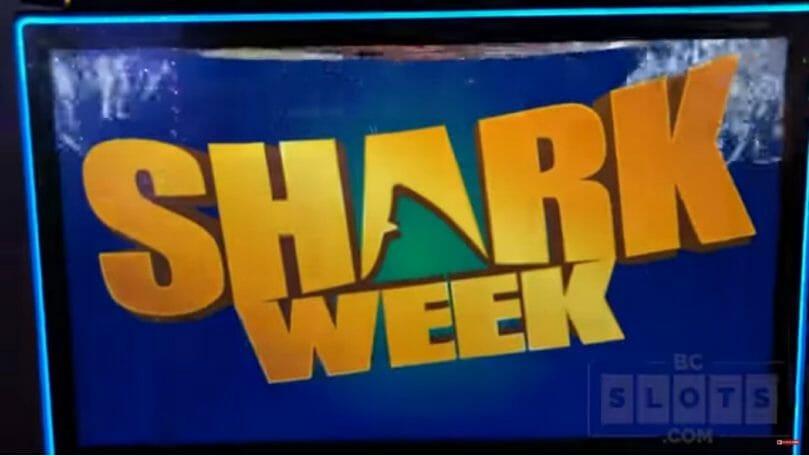 One of my regular readers asked me about Shark Week and The Vault, both made by Everi, and how their special bonus works. They wrote:

Have you looked at these two. Those bonuses with the timers. I’ve only given more in and not much out with this bonus. I think it’s a scam way for the game to take your money, just me? Won’t play these again.

I’ve beaten up Everi a bit about their predetermined picking bonuses, but I’ll defend them here, and also give players a bit of an idea of what’s going on here.

First, let’s go over how these games work in general. Both have base games with regular spins and bonuses. Shark Week leverages some of Everi’s classic themes, while The Vault repurposes the Jackpot Alert series of games for its base game.

Added to all the existing bonuses for the base game is the Shark Week bonus, which reveals a wheel that can provide credits or a mini-bonus.

The Vault, meanwhile, borrows from the high volatility Jackpot Alert series of themes, keeping the respin bonus that is core to each game and certain of the other bonuses, swapping out a few along the way. Similarly the wager increases, in this case to a 50 credit increment, whereas the previous version of these games had a lower bet increment.

What both have in common is an extra bonus feature with a timer that begins to count down. On Shark Week a meter appears on the left and, when that special bonus is awarded, the meter fills. Then sharks eat dollar amounts above to determine what’s awarded.

On The Vault, safes can appear on reel 5, and if the safe opens to a diamond, you get awarded at least one diamond in the vault above.

What both have in common, aside from the timer, is the reels pick up speed quite a bit during this element, upping the excitement and tension, but also upping the coin-in.

So is this a scam? No, but what it really works out to be is a different form of a more/better wager. By accelerating the coin-in during these special features, it basically collects what it needs to pay out those additional prizes during those timed features. And by raising the base wager over the games’ previous iterations, it also ups the overall bet to allow for these features to be added. So you’re putting more coin-in through the machine, exposing those wagers to the house edge.

Players can counteract the speed aspect by not hitting the spin button any faster, but of course this reduces the chances of winning one of those extra features since it’s connected to the spins.

Some players will go the other way and rapid fire in an attempt to win those prizes, but it’s important to remember those extra wagers are just exposing more money to the house edge, which on slots tends to be higher. So to the point of the original poster, it is designed to make you wager faster.

Here’s a video from King Jason Slots featuring The Vault:

Here’s another video of The Vault from TheBigPayBack:

Here is Brian Christopher Slots with a video featuring Shark Week (starts at around 11:20):

And here’s a video from Slotlady featuring the game: