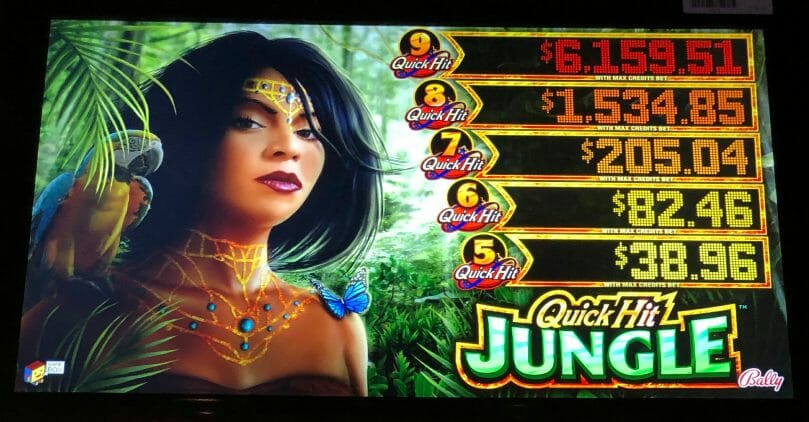 I’ve previously shared examples of how casinos can set a modern slot machine’s payback for each denomination. But what about within the same denomination – can paybacks differ?

STATUS: Yes, but you usually have warning of such differences in the pay table.

The most obvious example of games where payback changes are games that offer access to things like progressives or additional payouts, but only if you’re max betting.

A prime example is the Quick Hit series of games – you get that Progressive access only on max bet, which offers a premium over a flat payout on non-max bets. As such, your payback will be lower if you don’t max bet on a Quick Hit machine.

Another are games where you don’t unlock all pays without maximum coins. You see this most often on mechanical reel games. The Bonus Times pay table, above, shows that the multipliers aren’t all fully unlocked, and with it the jackpot, without paying all three coins.

The pays for three matching symbols stay the same, but given many of them can line up with a 5x or 10x in them and those aren’t active unless you play more coins. So you lose out not just on line hits, but those multiplied line hits in this case.

There are more subtle scenarios where betting up increases your pays. An example is the More More Chilli/More More Hearts games, where one of the semi-premium symbols sees its pay table increased on higher bets.

Other games are more complex – you can’t access the Grand Jackpot on Dancing Drums, 88 Fortunes or the many offshoots of those style games unless you bet 5 gold symbols, which is 88 cents. It doesn’t require a max bet, but just a high enough bet to activate all the gold symbols.