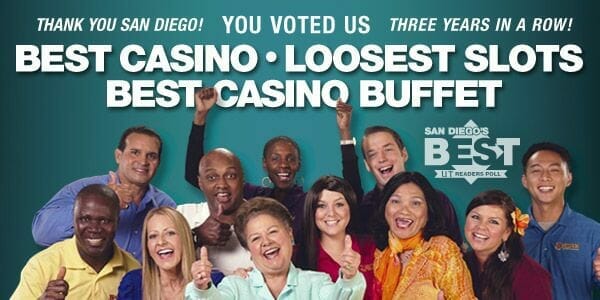 STATUS: No, because short-term volatility will mean you could be up or down.

Finding a game that’s set to a higher payback percentage, sometimes known as a looser slot, certainly has its benefits. However, it’s not a guarantee you’re going to make more on a given session.

Slot author John Grochowski referenced an anecdote in a book he wrote that he once played a 98 percent machine as guaranteed by a casino and had 40 losing spins in a row. That 40 spins may sound like a lot for an individual player, but it’s 40 spins out of hundreds of thousands that over time will get it to its 98 percent payback.

Variance and volatility play in to any slot session. Given there are winning spins and losing spins, you’re not guaranteed 98 percent payback on any given spin or session. It’d be an awfully boring experience to spin a $1 spin every time and get 98 cents back on every single spin – we’d stop playing quickly once we’d realize what was going on.

What it does mean is your chances of coming out a winner could potentially be better, because the casino is not keeping as much of the wagers for itself. But if it’s a tough game, you could still find yourself on the losing end of things well more often than the winning side. The thing to remember is a payout percentage is not a guarantee for a given session, but just over hundreds of thousands, or even millions, of spins.

Like Grochowski, I sat down at a machine marked 98 percent payback back in December to give it a try. It also wasn’t a particularly volatile game. Despite that, I lost $20 reasonably quickly because I wasn’t getting any bigger hits to keep my session going. But one big hit and I could’ve been well over 98 percent in my session.

As such, finding a 98 percent payback machine can be worthwhile to play, just given the ability to potentially outperform a slot that pays 10 points lower, and as a general rule your money should last longer. But it’s not a guarantee that a given session will be great, or even good.