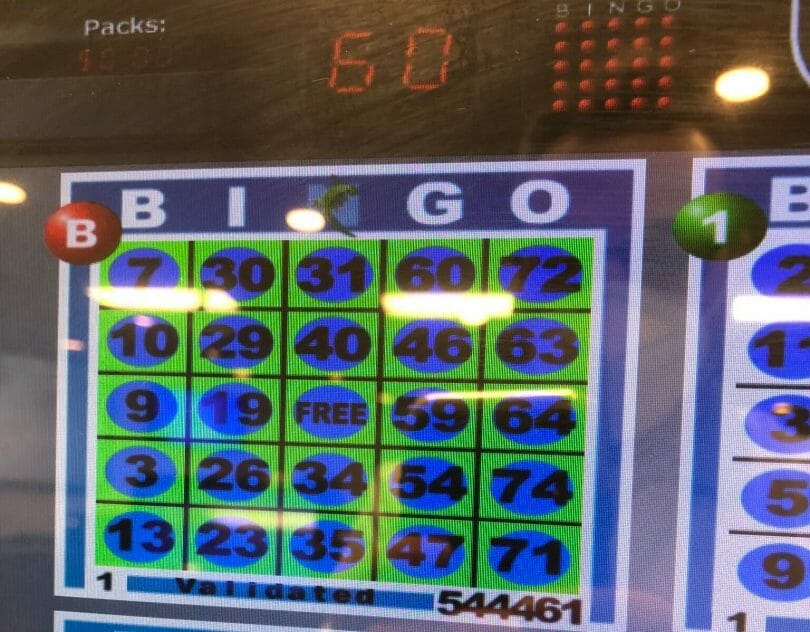 During my trip to Las Vegas a few weeks ago, I played a number of rounds of Bingo. Most of my sessions were at the Plaza downtown, where I was staying for a long weekend.

I was playing with a couple of friends who play more often, and they gave me a couple of pointers that may help others less familiar with bingo, and can improve your chances of winning.

Let’s start by stating something that is likely obviously to at least some of you: Unlike slot machines, Bingo is generally played against other players. The house sets the prize pool, you buy your cards, but ultimately you’re playing against other players in an attempt to reach the finish line first.

That means the number of players who are in the room can matter – busier sessions means it will be harder to get Bingo before others, and if you do it’s more likely you’ll be forced to split the prize pool.

So, knowing that a session will be lighter can be an advantage, as the cards still cost the same amount, for instance. Sometimes casinos will do increased prizes for certain sessions where they’re trying to draw out more players, so those increased prizes can be a benefit.

Right now, with social distancing requirements, most bingo halls are forced to allow less total players, so right off the top they tend to be less busy. But in markets like Las Vegas, the rooms can be even emptier. I played a couple of sessions that had less than 25 people. With something like 12-15 games going in a session (it varies a bit by location), that’s a pretty good opportunity. I played five total Bingo sessions while in Las Vegas and I broke even or came out ahead on all five.

Another thing to look out for is what types of cards, and their prizes, are being sold. Many places sell rainbow packs, and each card color has a different prize structure (but as you can imagine, those cards cost more). The rainbow packs load you up with some of each card, but put most of the emphasis on the least expensive card types.

Other places have simplified the structure in an acknowledgement of how the times are right now. Plaza had shifted to a Blue card only model with a variety of packages available during my visit, but they were also offering a $25 match play promotion for up to three sessions a day, as well as $10 in free play for every $50 in Bingo spend completed.

So that leads me to my last recommendation – check your promotions. If you spent $50 at Plaza, you got $75 worth of cards thanks to the match play, as well as $10 in free play. A Blue card paid $75 in most games, so a single non-shared win (generally possible to achieve with a small crowd) would put you ahead pretty quickly with pretty low risk.

Another nice advantage to Bingo is the slow play – $50 for an hour of gambling fun is pretty low stakes compared to the damage that can be done on a slot floor. And right now the odds are higher of a decent payout, as my $600 Bingo Win (and this was in a nearly full hall for that session) can attest!