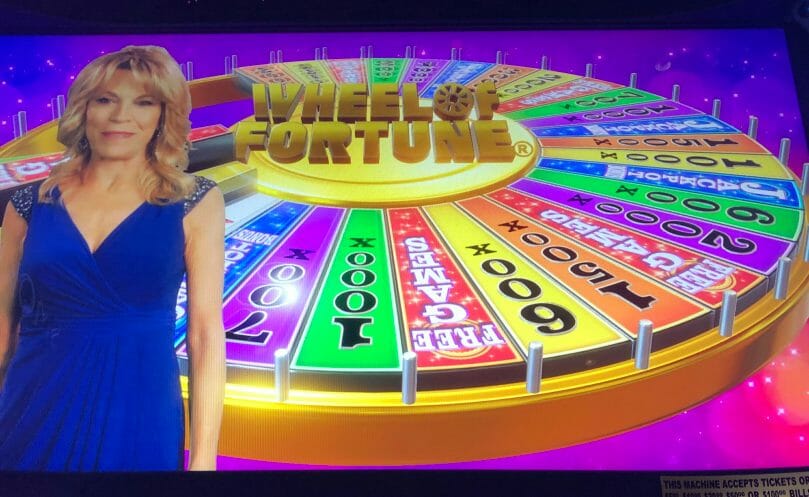 Slot tells continue to be a topic drawing interest, so here’s a couple of more examples of slot tells that, in these cases, can help you understand when a bonus is coming… and when it’s not.

If you hear Vanna speak during the suspense spin on this version, it’s confirmation the third symbol will land. If you don’t hear Vanna, it can still land, but it’s not a guarantee by any stretch.

Its sibling, Wheel of Fortune 4D More Money, does not appear to have this tell.

Watch TheBigPayback trigger the tell at 1:09:

Here’s two tells for the Mighty Cash series of games, although this may not work for every single game as they do differ in design and structure.

When a Tell is Coming

If you try to stop the reels and can’t, either in a rapid fire scenario or just to change up the timing, that’s because it’s preparing to queue up the real tell, such as the roar of the dragon or the falling of the coins. Mighty Cash games aren’t going to give up the opportunity to shoe off those cool graphics and up the drama factor!

When a Free Spin Bonus is NOT Coming

There’s a weird quirk on some of the Mighty Cash games, such as Vegas Wins, that will tell you when a free games bonus is not going to arrive, and that’s it omits the bonus symbol sound when only one shows up. So you know the second won’t even appear on the reel set. But if at least two shows up, it makes the sound.

So now you at least know when you’ll get a suspense spin for a chance at that third free spins bonus.

King Jason Slots talks about the tell on the Vegas Wins version around 3:25, then follows up with an actual bonus by way of an intentional tell: