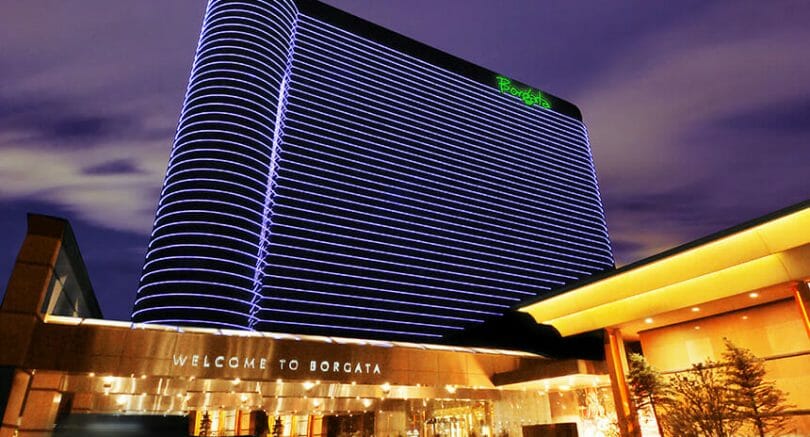 Awhile ago I wrote about some of the unusual specifics that pertain specifically to Borgata and its inclusion in the Mlife program. But that was before I began doing property reviews, and having played there a few times now, I think it’s time.

As the most successful casino in Atlantic City since its opening nearly 20 years ago, Borgata is certainly on the high end of what Atlantic City has to offer, and it’s a pretty massive property at that.

The casino floor at Borgata is large, and sits center stage on the property, with various shops, restaurants and so on surrounding it. As a casino that’s nearly 20 years old, the casino floor reflects that, and like casinos in Vegas that have an amazing mix of new, old and ancient slots, that’s basically what you can enjoy here.

Borgata keeps up with the latest and greatest, but they also have machines that have clearly been in place since the casino’s opening. One of my favorite old games, Match Game, is still on the floor there as of a couple of months ago, and it’s the only place I’ve still seen it in action. But I also was able to play Fu Dai Lian Lian there, which is a current popular title.

In that way they have the most unique slot selection given what they can offer, and they have enough space to offer it all.

Video Poker, similarly is strong in selection, including quite a few variations for those who like more exotic flavors of the game. There’s a number of solid video poker pay tables available here, which reinforces other data that Borgata is among the higher paying casinos in Atlantic City.

Table game minimums when I’ve looked have trended towards the higher end in Atlantic City, which fits the busy and higher end nature of this property. But I’ve played $10 craps on tables here too, which is in line with what most casinos offer, so as with other higher-end casinos your minimums will likely vary based on pit location and time of day. They’ll offer some lower minimum tables amid the higher-end ones as well.

Similarly, Borgata’s rooms are among the nicer options in Atlantic City, with plenty of room and suite options available. Pricing wise they tend to be on the higher end accordingly, so getting comped is tougher than some of the other properties, but you do get a very nice room that’s well appointed.

There’s also the Water Club, a second tower with its own design and style. The Water club is higher end than a core Borgata room, and also features an adults-only pool.

Borgata is MGM-owned and therefore part of the Mlife Rewards program, and until recently its history as being only partially owned by MGM at the onset meant it ran somewhat differently.

However, in April, Borgata was finally upgraded to be fully integrated into the standard program, eliminating a lot of the previous quirks that existed, such as a separate site to login and so on. Things like express comps are now all in one bucket, without having to be transferred to or from the national bucket.

With those changes, some of the more permissive rules that used to exist have also been taken away, better aligning it with Mlife as a whole, but that’s the trade-off such a change would bring.

The buffet at Borgata is among the best in Atlantic City in more normal times; right now the buffet space is being used at the higher-player lounge, which in its own right is another great option on site.

Borgata is separated from the boardwalk where most of the casinos in Atlantic City are, but is adjacent (within a walk or short drive) to Harrah’s and Golden Nugget, all of which are in the marina area of Atlantic City.