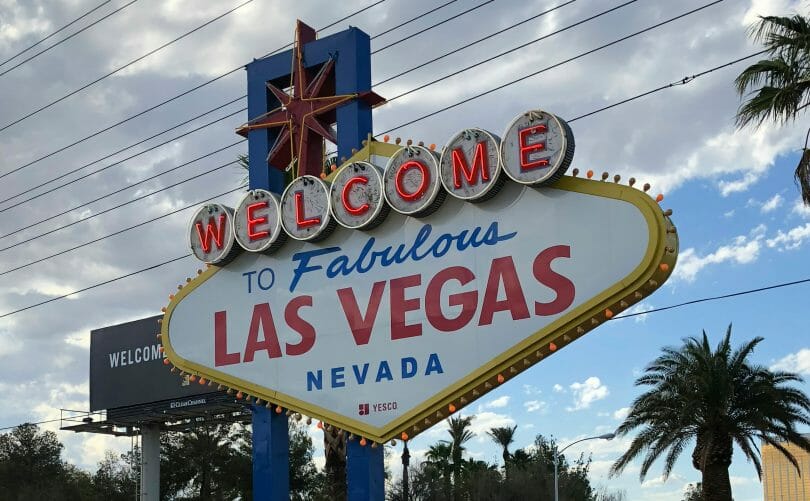 As this post goes live, I’ll be counting down the days to my 11th Las Vegas trip, and third of the year. This will be my longest trip of the year, with a total of 18 days in Nevada, nearly all in Las Vegas. Two will be a side trek down to Laughlin for one of my weekends.

I get a lot of surprised reactions when I tell people I’m going for such a long time. I often get people who tell me that they can’t do more than a few days in Vegas because the run out of steam, and money. If they’re a short distance runner, I’m a marathon runner and simply go with a different pace to my day.

I’ve never been to Vegas for a trip less than a week – it’s hard personally to get motivated for cross-country travel for only a couple of nights visit. My longest trip out west was last year’s 21 nights, although six were spent in Palm Springs and two were in Laughlin. My longest amount of time in Vegas was a trip in late 2019, when I did 19 nights in Nevada, with only a one night side trek to Laughlin. So this trip isn’t a record, but it’s in that ballpark.

My primary reason for a trip this long is I’m going out for a couple of different things, and it makes no sense to fly cross country twice in such a short period of time, especially given the way flights have been priced this year. I also have the benefit of taking my primary job with me, and so part of my time I’ll be working remotely from there.

Among the things planned for this trip are:

Unlike my July trip, where I found myself in seven hotels in eight days (part of which was purposeful for fleshing out posts on the site), I have the majority of my stay in a handful of hotels, with some secondary hotels booked for the site but not as aggressively as July. With the longer time spent out there and my needing good places to work for a portion of the trip, I didn’t want to be bouncing around quite as much if I didn’t have to do so.

The new games aspect is always something I do on my trips, but there have been a lot of games hitting recently, many of which I first saw a year ago at G2E. I’m still doing write-ups on games from my July trip, and probably won’t be through all of them before I get to starting this trip.

There’s a high likelihood I’ll be upping the frequency of game write-ups for a bit after my return, since there’s already a backlog. Of course I’ll also have write-ups from G2E to share, and have already been scheduling time to check out the booths of many of the manufacturers to chat about what’s new.

So stay tuned, and thanks for following along!