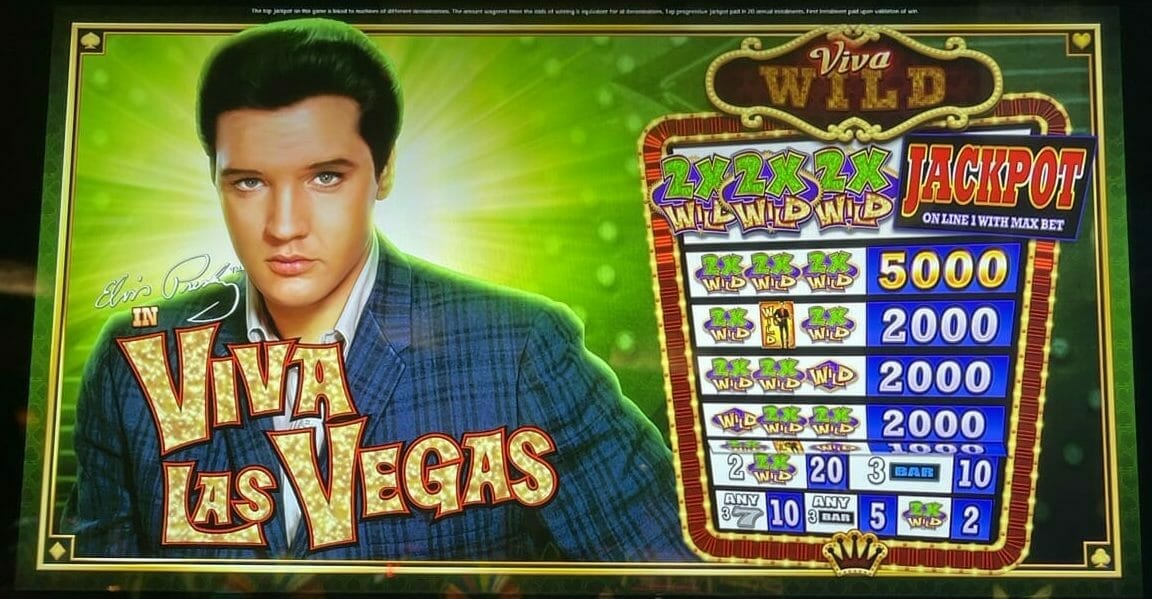 Elvis Presley has been the subject of a popular series of slot machines by Light and Wonder (originally their WMS division). Some of the best success has come from their mechanical reels games, so it makes sense that they would continue down that path.

The latest entry, Elvis Presley in Viva Las Vegas, leverages both old and new ideas for the new game. What’s carried over from the previous title is the ability to get a wheel spin when a wheel watermark appears on each of the three reels, but they also all have to appear on the same payline.

Where the previous game had five lines, the new one has nine, so theoretically it shouldn’t be as difficult to get a wheel spin, although putting $100 through the game at $2.25 a bet on quarter denomination, this did not work out for me.

A new feature that’s found on the wheel is the Lucky Dice Bonus. In it, you roll a pair of dice and win 50 times the value rolled. If you roll a 7, you also get to roll again. So that means a given roll is worth 100-600 credits, not a bad prize given the alternative options on the wheel.

It’s nice to have an additional feature, although it didn’t seem to come as often as on Aftershock, nor pay as much, at least in my sessions so far.

Slot Fools had a good run on the game, showing off the various features: