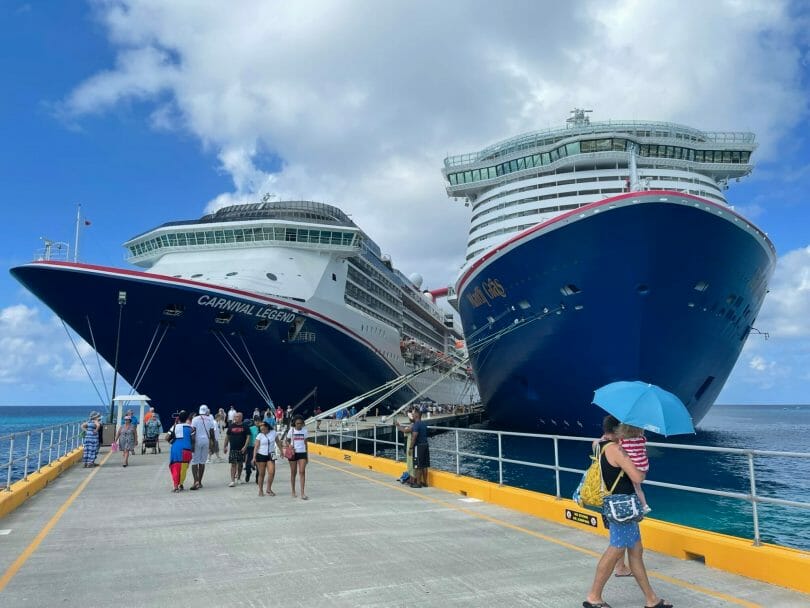 Earlier this year I got my first cruise ship handpay. It was a big one, but the rules will be familiar to those who have had a handpay in the US. But I see this question a lot, and it gets debated a lot: How are big jackpots handled on a cruise ship? And how are taxes handled?

First: As a reminder, I’m not an accountant, and I always encourage players to speak to an accountant to understand their specific situation. Also, my experiences are limited to cruises departing from and returning to the United States, so cruises from other departure points will be handled differently.

That said, here’s what I know. This information comes from experiences on two cruise lines, both from my own direct experience and close friends who have won handpays on cruises I’ve been on.

So for those who presume that once you’re in international waters, your handpays are yours and yours alone, think again – the IRS wants their share.

The threshold therefore also follows U.S. laws, and so any win of $1,200 and above on an electronic machine will trigger a reportable event.

No Taxes Are Taken Out Upfront

In land-based casinos, you’re generally asked if you want any taxes withheld out of your handpay and you can tell them what you’d like held for taxes, if anything. i was not asked this question on the ship, and was paid the full amount of the handpay.

This means you’re responsible for handling any tax implications when filing your taxes, including paying any tax owed on the handpay.

On top of the lack of taxes, despite the size of my handpay, I was not given any options for checks – I was paid fully in cash. This may not be necessarily the case on all cruise lines or ships, but be aware this is likely going to be the default.

So you should ask early if alternatives exist, if you’re worried about carrying so much cash around. While many cruise ships have safes in the room, there’s still navigating home with that cash – that was a unique experience for us and one I won’t soon forget.

It May Take a Bit to Get Paperwork

In the cases that it’s not done that way, you should get it from the cruise ship after the fact, and in the off chance you don’t, you can email them to request a copy – just expect a slow response time on that request, so don’t wait until the last minute if you need it for your tax filing.