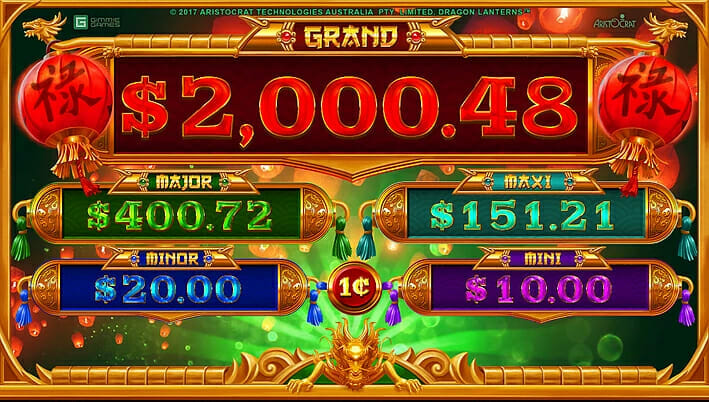 In a slot forum, a player asked me a pretty straightforward question regarding betting and progressives:

Does one have better odds of hitting a progressive (like Lightning Link) when you are playing a higher denom/bet?

So let’s start with a baseline. In most cases, games you play that have progressives improve your chances of winning them with a higher bet. Denomination normally doesn’t matter at all.

We of course know some games, you MUST max bet to have access to the progressives. The Quick Hit series is a great example of this.

So if we look at games like Lightning Link, Lock It Link, Mighty Cash, etc., and we look specifically at the progressives, you will have a better chance of winning a progressive on a higher bet (denomination doesn’t factor in here, since bet size matters moreso than the denom). So this covers the Major and Grand level on these machines (or whatever name – Maxi, etc. – you might find on others like Mighty Cash).

Now, many of these games also have flat “Bonus” jackpots at the Mini/Minor level. These traditionally change based on your denomination. So denomination does matter here in part because that establishes what these jackpots will sit at.

If you’re wagering $5 on pennies and the game provides a $10 Mini, that’s 2x your bet and if you get a Hold and Spin, you’ll have at least a reasonable chance of landing them, or landing a $10 ball that is worth the same amount.

But now if you shift to dimes, and that Mini is $100, it’ll be a lot harder to secure it as, relative to the bet, it’s a 20x prize instead of a 2x one. Instead, you’ll be more likely to get a $10 number (that would’ve said Mini on that pennies bet).

Now, not all games behave this way – Ultimate Fire Link has multiple progressives, but each denomination has its own, so if you up the denomination, all four progressives change. So wagering $2 on pennies vs. $2 on nickels will have an impact on your ability to win a progressive.

Keep in mind though that aside from any incremental changes to the payback for shifting denominations, you’ll probably still win a similar amount on one bonus vs. another presuming an identical wager – you’ll just see it in the form of a dollar amount vs. a progressive – the math between the denominations for winning hold and spin money (which is where the progressives usually come out and play) tend to be pretty consistent.