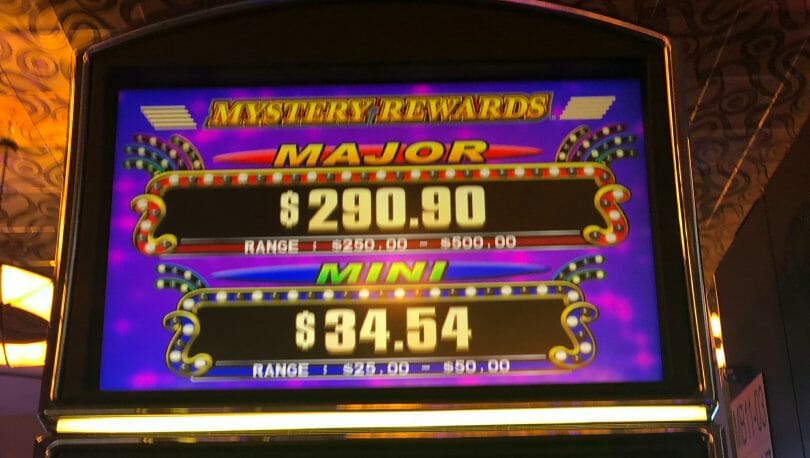 One slot feature that tends to get players excited is the potential for winning a progressive jackpot. It seems like more and more slots have them, but not all progressives are equal.

One type that advantage players are on the hunt for when scouring the slot floor is a Must Hit By progressive. The idea behind them is before they hit a certain number, they will pay out. The closer to the number they are, the more likely they are to hit.

The ‘Must Hit By’ Progressive Mechanic Explained

When players say that a progressive is ‘due,’ many times they’re speaking about how high the progressives are at the time. But if a progressive isn’t a “must hit by” progressive there’s nothing that will make it more or less likely to hit in a given spin.

What determines when they must hit is a simple random selection of a dollar amount somewhere in that range when the progressive resets. As a player plays, the progressives will increment based on the rules of the game.

Once nice side effect of “Must Win By” progressives is they are generally open to all bet levels; since larger bets are proportionally rewarded because they can increment the meter faster, it doesn’t have to be locked down to only max betters.

Since you have an understanding of what is required in terms of winning or betting to guarantee the winning of a progressive, you can do the math to generally understand how much bankroll you will need to risk to achieve the win. There are some rules of thumb that can help you make the determination:

Many advantage players will look for those that are the closest to the top number and work on those. The rule of thumb I’ve seen is if they’re within 10 percent of the top number, that’s usually a pretty good bet to try for.

I once found a Konami machine with a “Must Hit By” $50 progressive that was already at $48.50 and was incrementing based on bet. It incremented fast enough to make the risk low, and I was able to win it on top of a solid bonus I had in my case. But even if I didn’t have the bonus I would have come out ahead, as the amount I needed to bet to win it wasn’t enormous. It ended up hitting at $49.87, so it was set very close to the top number in this case.

Examples of Games with “Must Hit By” Progressives

Here are some games that have “Must Hit By” progressives:

Do you seek out games with “Must Hit By” progressives? What’s your biggest progressive win? Share in the comments!