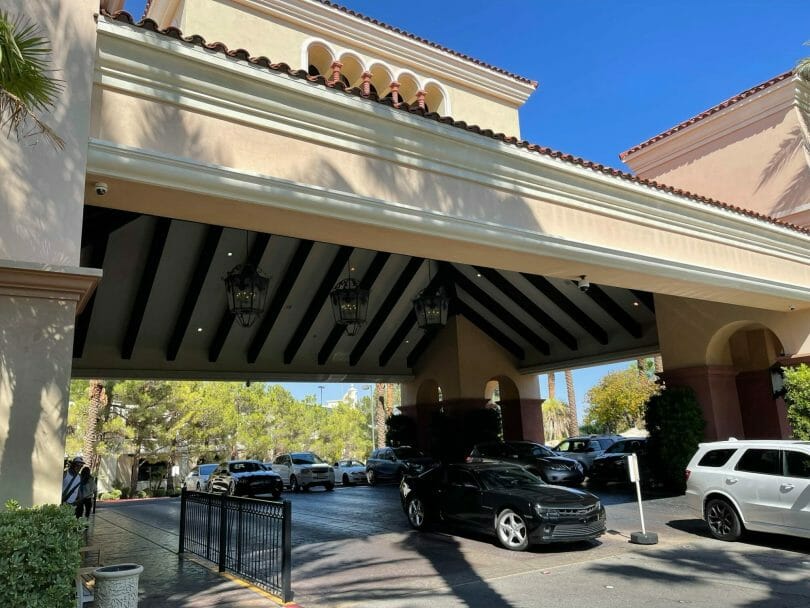 Rampart Casino can be found in Summerlin as part of the Resort at Summerlin, which also houses a high-end JW Marriott hotel property. The casino attached to it is quite nice as well, and I had a chance to enjoy some time there during my fall Vegas visit. Here’s what I found.

Rampart has a pretty large setup – one major area is in a domed portion of the building, but then a whole other section, non-smoking at that, exists up a ramp.

The slots were a great mix of old and new, with some of the latest games out there along with some of the older, classic machines I’ve written about at length here. Even though I was there on a gift day and a Sunday, while busy there was easy access to machines.

Video Poker tables for some games were pretty good, and they had a solid selection of options for players, never a bad thing. Options were better than many strip casinos, which makes sense given it’s out of the way somewhat.

They do have a high limit room, with some higher betting options, but most of what I saw was lower limit and/or multi-denomination, standard nowadays.

I wanted to separately mention Bingo as I did a session at Rampart while there. The promotions rotate, and the session I attended had boosted prizes, but the bingo session was fun – it moved quickly, there were quite a few games, and they had separate smoking and non-smoking sections, which was great.

They had a variety of packages to select from, and they were helpful walking through what they had available. Along with cocktail waitresses they had self service non-alcoholic beverage options which was handy. It was a busy session, with most of the room full.

As mentioned earlier the JW Marriott Resort on site is a luxury brand for the Marriott chain, and that means a strong hotel product. Rooms start at 560 square feet, so you’re getting plenty of space, plus a full bathroom with two sinks, as well as both a tub and a shower.

It reminds me a bit in setup of the Wynn room setup, although of course not identical, but those who would like one would probably like the other.

Rampart has its own card, Rampart Rewards, and it reads very much like a locals program. For one, the card cycle resets twice a year, in September and March.

They watered down the program starting in September 2021. Where it used to take 200 points to earn $1 in comps, it now takes 1000 points. For higher level players (the top two card player levels), they are guaranteed a 5x multiplier at all times, effectively cancelling that change out for them. But if you’re not at that level, you’re not going to get nearly the benefit as before.

Tiering up is also difficult. Just getting to level 2 is 50,000 points, which is $50,000 in coin-in. I do see they run 10x multipliers, if you can get there on a weekday, but otherwise it’s going to be work to level up. Level two gives you a buffet discount and the ability to get cash back on your points, but it’s really the third card level (at 110,000 points) where most of the key perks kick in.

If you’re really loyal and have the budget, great, but I’ve seen better programs elsewhere for less coin-in.

Food and Other Notes

I ate at Rampart’s buffet, which was open when I went. It was a mix of breakfast and lunch items when I went, and was a solid spread. The variety was enough, especially for a buffet of this size, and I was able to eat plenty.

They have a good balance of finer dining and casual/grab and go options. The finer dining is a bit more diverse here than many, undoubtedly due to the JW Marriott presence as it lets them have that higher end clientele. But just like places like the Aria cater to the entire diversity of players who visit and play, so does Rampart.

Like many locals casinos, they run a variety of promotions from gift giveaways to point multipliers to hot seat promotions. They run various drawings as well. These promotions rotate in terms of overall size, day of week and so on, so it helps to check the promotions page regularly to know what’s going on and identify when it’s best to visit.