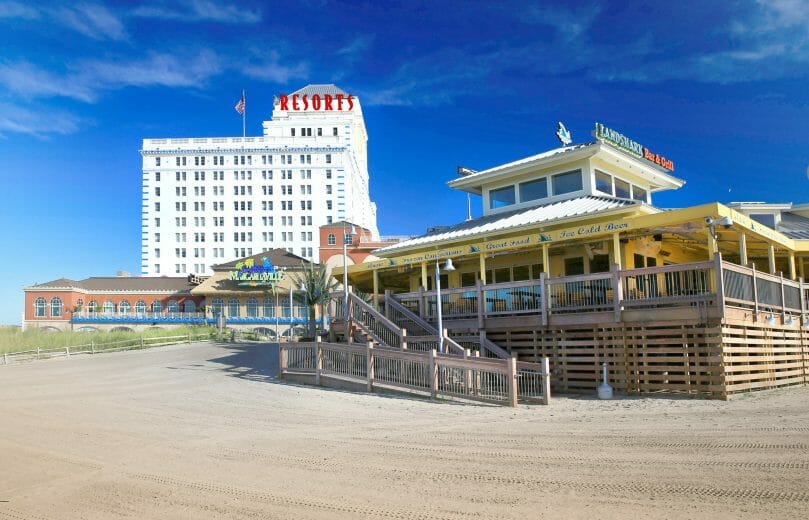 Resorts is the first casino to open in Atlantic City, and it has had a long and winding history. In recent years it’s been managed by Mohegan Sun, and there’s some benefits to that relationship – in fact, it was because of that tie that I made my first trip as an adult to Atlantic City five years ago, when I got a generous offer to check out the property.

I’ve visited a few times since, and although this isn’t a go-to property for me every trip, I’ve come to appreciate its place in the Atlantic City line-up. Here’s a look at the historic property and where it stands today.

During my first visit to Resorts I was a bit underwhelmed at the game selection, but I’ve come to appreciate it over time. They walk a careful balance between new and old, physical reel and video reel slots, with a row of table games and some video poker to fill out the selection. In all there’s more than 1,500 machines, so there’s a decent selection, even if it’s not the largest gaming floor.

This mix also includes low and high denomination slots – given the floor size it’s well balanced. There’s a high limit gaming area, but also other reel slots and other higher limit options on the main floor.

Table games had average limits for Atlantic City the last time I checked, which was pre-COVID shutdowns. You’ll find a lot of your standard games here.

I wasn’t overwhelmed by the hotel either – the room I had for my stay wasn’t all that memorable, although it was a few years ago now. The Rendezvous Tower, room seen above, while the Ocean Tower has been renovated more recently and feels a lot more modern.

Resorts’ position on the boardwalk means many rooms have a pretty good view of the water and the Atlantic City shoreline.

The Star Card is Resorts’ comp program, and like Hard Rock‘s is somewhat opaque. There are five levels, and things like lounge access (at leas the first lounge, known as the Epic lounge for the tier you get in at) come pretty quickly, at level 2, which is 100 points. But like Hard Rock it’s not entirely clear how much play gets you a point, although it’s significant, unlike a Caesars where you earn points every few dollars of slot play.

Things like cashback earnings and complimentary parking kick in on the second tier, so you have to put some work in to begin earning some perks with cash value, but with five levels, getting it on the second level will likely be achievable for regular enough players, and they recently moved to a year-long tier program, vs. a six-month one they had before.

On the flip side, the cards are not linked, so you have to remember to bring your card from the other places to use them.

Mohegan Sun sent me an offer with a generous food and free play allotment along with a couple nights stay to make my initial trip, along with a card upgrade which gave me lounge access. I struggled to use all the food benefits – it was quite generous. So even players new to market but linked to their other properties may find value in checking them out at some point.

Resorts is next door to the Hard Rock and very close to Ocean and Showboat (formerly a casino and now just a hotel) all in a cluster of properties at the northern end of the boardwalk. It’s about a 10 minute walk to Bally’s and Caesars, and about 25 minutes or so to Tropicana.

Being on the boardwalk is great since it makes it accessible to the beach and a variety of shops and activities, including the nearby Steel Pier.

The on-property options is pretty considerable – there’s a number of good restaurant choices such as Margaritaville, Landshark, Capriccio and Gallagher’s. There’s Quickbites, their food court, which features a lot of good grab and go options too. There isn’t much in the way of shopping, but there is a small shopping corridor which includes an essentials shop.

I’ve grown to like this property, although it’s not my primary home when visiting Atlantic City. But it’s definitely worth checking out, both for its history and its amenities.