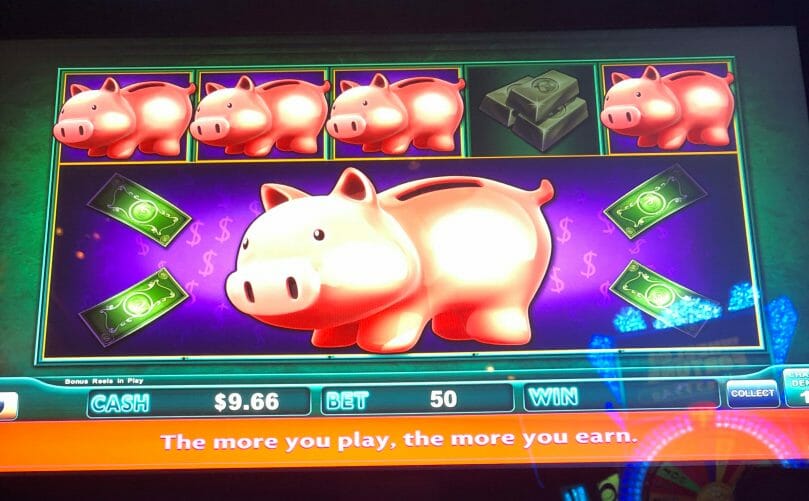 As slot machines become more complex and varied, an interesting thing has developed, in which there are multiple “achievements” that you can reach on a slot, some harder to accomplish than others. In a conversation with a slot player recently, I realized that there’s a variety of ways this is now being done, and players may not have noticed it.

A number of years ago WMS had something called Players Life, which was a way to log in and save your progression on some games, like Star Trek, and unlock new bonuses and other things as you moved along. IGT has some games that allow for a similar saved progression today, and more experimentation will continue on this basis.

But on a standalone basis, you can see various achievements that some slot machines have beyond standard things like a handpay. Buffalo Gold and Buffalo Gold Revolution have the 15 gold buffalo heads; the newer games in the Moolah series have the Unicow.

But take more complex games like some of the newer Lock it Link games, like Piggy Bankin’ and Huff n Puff. Aside from the big progressives, they have other things that can happen.

For instance, on Piggy Bankin’, you can get a full screen of piggies. This makes you Grand Jackpot eligible, although the odds of hitting it will still be low. But just getting the 15 piggies puts you in position to get a pretty substantial prize, making it an achievement unto itself.

For Huff ‘n Puff, being able to upgrade your straw houses to sticks and bricks, get multiple retriggers, fill the screen with houses and get paid bonus prizes for landing hats inside the gold brick borders are all exciting moments within the same bonus.

If you think about games like Lightning Link or Dancing Drums, you can get a feature within the bonus, giving you even more of an opportunity to win.

But this comes with a trade-off. As discussed here previously, the number of features and bonuses, and the rewards that come with them, can make a game tougher and more volatile.

All of the examples cited tend to be on the more volatile side of the spectrum, and it makes sense. For Piggy Bankin’ to have those big prizes in the full screen of piggies, it has to be sufficiently rare, and other bonuses have to be less frequent and/or lower paying. And if you’ve ever played Piggy Bankin’ you’ve probably encountered those crazy long bouts of dead spins on the game.

So if you’re playing a game, be sure to take a look at the various rare scenarios that can happen and remember that some are more rare than others, and that’s perfectly by design to give you things you can achieve even while aiming for the spectacular wins and handpays.