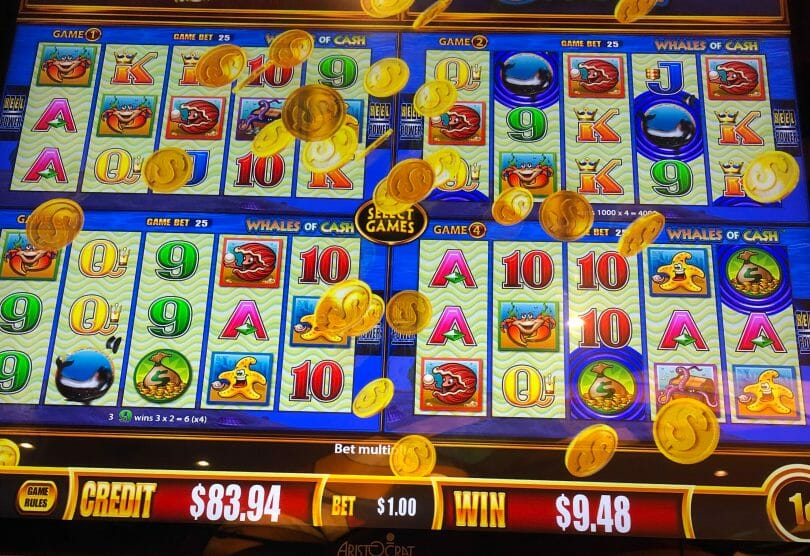 As I’ve talked about on the site, Buffalo Gold has some amazing potential, especially if you can get all the buffalo heads. And the Wonder 4 series of games spreads the bet across multiple boards, with the ability to get super free games with multiple boards.

So you can imagine when you put the two together, it opens the door to some truly spectacular opportunities.

And that’s largely what you see here with this SC Slots video, where the super free games was won on a $4.80 bet, which is $1.20 per board.

The key to a really hot Buffalo Gold bonus is retriggers and lots of heads. For Wonder 4 on Super Free Games, it’s also unlocking more boards. Her bonus started with the standard 8 free games, and the Super Free Games started her with 2 boards, with a third unlocking quite quickly.

By the sixth game, she already added 10 games and saw some multipliers. Game 8 saw the fourth board unlock and she already had 8 gold heads and her first coin show. But with four boards and two symbols flipped to buffalo heads, the pays began to flow a lot more readily. And the retriggers kept on coming.

What was impressive about the bonus was the amount of retriggers kept the pays coming even though that fifth board stubbornly didn’t unlock for some time. And as the gold head counter inched closer to 15 heads the pays picked up further. By game 20 they had their first hit over $100 on a single board. By game 24 there were 12 heads, $500 won already, and 22 games to go, despite starting with 8.

I won’t reveal the final outcome, but there were 15 gold heads, all boards unlocked (to get additional multipliers), and of course a jackpot handpay. And as it turns out it was an hour after another handpay!

This definitely shows some of the potential of the game, even when the best circumstances don’t appear right out of the gate!