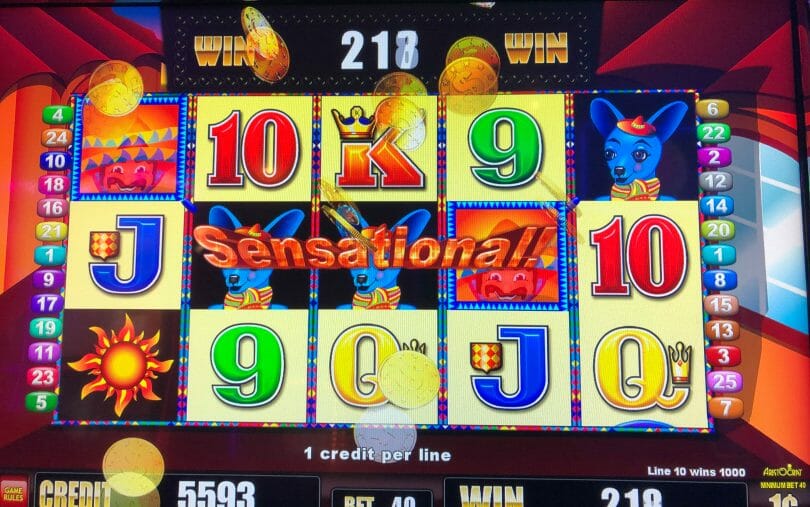 In last week’s slot vocabulary I spoke about the premium symbols, and how they tend to be designed to fill a space and be more prominent because of their importance. By comparison, less important symbols aren’t designed to draw your attention at all.

Over time, many games with video slot reels have come to rely on a set of symbols, called Poker Symbols, to fill in for those roles. By using generic, standardized symbols, players can understand quickly they’re not the important symbols on a game.

Over time, these symbols have taken on a similar look, even down to their colors:

Even little iconography near the various letters appear on each manufacturer’s version of these symbols, and even though they can vary slightly, they appear generally in the same positions.

Like the premium symbols, the consistency is to make it easier to get to know a game where symbol count can vary and a hierarchy helps to quickly ramp up a player. As a nice side effect, manufacturers don’t have to draw and animate as many symbols to get a game completed, since the poker symbols carry from game to game, which aids just a touch in game development.

For premium games you’ll sometimes see the poker symbols enhanced or themed to better fit a game, just like you’ll see the win music sometimes get modified or themed to match a game. But even in those scenarios it’s still pretty clear that they’re at the low end of the hierarchy.

Before adopting the full six-symbol poker set, WMS for a few iterations had the four suits as their standard poker symbols, and, similarly, they tended to be the same from game to game, with occasional variations.

Earlier slot machines sometimes relied on the more classic fruit icons, but before a certain era many games had their own art for lower paying symbols. As games got more complex, this was one area where they could simplify a bit.

Over time, most manufacturers have all settled in on this pattern, which means whether you play a game by Aruze, Scientific Games or Aristocrat, you’ll likely see those symbols in use.