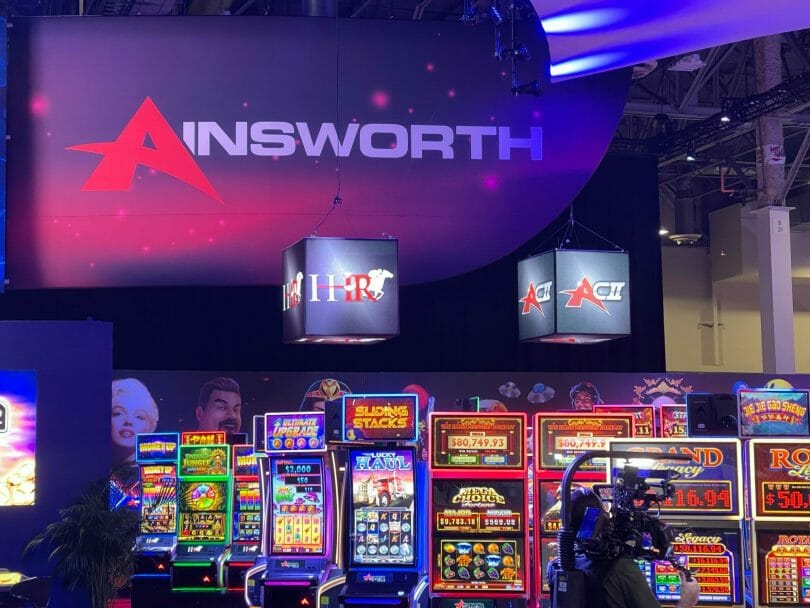 I’ve featured Travel Ruby in my travel articles quite a bit; she does an excellent job of offering good feedback around everything Las Vegas, whether it be rooms, properties, food options and more.

Recently she relocated to Las Vegas, and she also launched a slot channel, Ruby Slots, where she features daily slot videos. One of her most recent is a bit of a doozy, although it starts out as more of a normal video.

In this edition she plays Twice the Diamonds, a classic Ainsworth low-denomination game that has a lot of wild symbols and the traditional two must hit by progressives up top.

Doing $5 bets, she gets a pretty decent free spins bonus, and nearly doubled up on her original stake in the machine, but I was a bit confused as to why her title was “I Hit My Biggest Jackpot Handpay EVER” given the types of pays this machine was delivering. Then, on her final back-up spin, it was clear – she got the Major Jackpot for $4,782.14 – an amazing outcome on a $5 bet.

She has a moment of disbelief – how could this be? But Mr. Ruby realized it quickly and then the excitement set in for them both! These are tough to hit, especially on lower denomination games, so it’s a rare slot sighting caught on camera.

The reality is on many lower denomination slot machines, even at higher bets, sometimes it’s those progressives that give you the best chance of getting a handpay. So when it comes to pass, it can be quite the exciting moment, as I can attest.

This was a great moment to see from a content creator who’s ramping up her second channel right now, so it’s worth checking out!