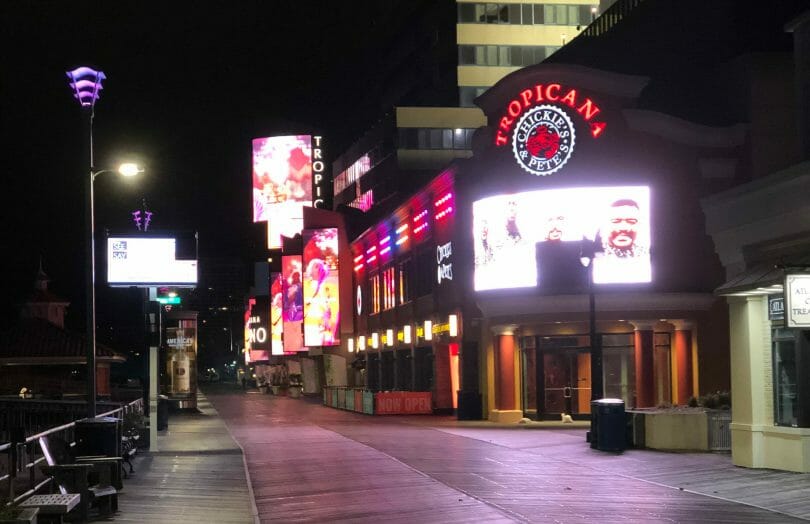 Tropicana Atlantic City is a sprawling complex of a property that features more than 2,000 hotel rooms across a group of towers, a shopping and dining area called The Quarter, and a Havana theme that’s well executed across the property.

Under the ownership of Carl Icahn, a solid amount of investment between 2015 and 2018 saw great upgrades that have kept it competitive with the opening of Ocean and Hard Rock in recent years as well.

The vision of previous owners to make the property a complete casino resort on the level of Las Vegas, to compete with the Borgata, has served it well, and under its new ownership of Eldorado is likely to join the Caesars Rewards network when their acquisition of Caesars is completed.

Tropicana has more than 2,500 slot machines, with the bulk of them on a sizable second-floor gaming floor, but there’s others in the Quarter as well as on the first floor near the boardwalk entrance. The selection is pretty strong, a mix of old and new machines that will have something for everyone. They also have some solid video poker choices relative to some of the other properties.

Their free play used to be quite generous, but it was slashed after the acquisition by Eldorado. They have strict rules on free play that if there’s not a reasonable amount of play, they’ll cut your offers.

They launched drink ordering on their machines not all that long ago, akin to what’s available at Hard Rock and similar to what the Caesars properties have had for years.

Overall I find the machines offer decent play – I’ve had solid luck while playing there and never feel like the games are too tough.

Tropicana has a large table games section on one end near the cashier booths. They have a solid selection of both standard and carnival table games, with minimums that fluctuate based on date and time. I’ve played $5 craps earlier in the day on a weekday multiple times, and it increases to $10 at a certain point.

There’s usually enough tables open to be able to find a spot to play what you like most of the time, but the tables are busy enough that you generally won’t be playing by yourself.

I’ve never personally stayed at Tropicana, but what is obvious is they have a lot of hotel towers. A number have been built or bought during the casino’s history, most recently the Chelsea Hotel. A number of them got renovated in the last few Icahn years, but some others have not in awhile.

The broad array of room types means comp rooms aren’t particularly hard to come by, although they may not always be the newer, nicer rooms. But if you’re just looking for a place to sleep you’ll be plenty comfortable here.

Right now Tropicana is linked to a handful of other properties that were previously part of the old Tropicana, including in Laughlin. TropAdvantage is the name of the program.

Tiering up isn’t horribly difficult to get to a middle tier, and earning points isn’t difficult. Comp dollars last six months and can be redeemed for food and shopping with a standard 1:1 conversion rate. The earning rate is pretty quick from my experience.

Trop Dollars are earned once you reach Gold Status and works as additional free play. Reaching Gold also gets you access to cruises (either discounted or free) and free room nights at sister properties.

It is expected that the Eldorado properties will unite under Caesars Rewards sometime after the acquisition closes. Given Bally’s Atlantic City will be sold by the fourth quarter, I’d be surprised if Tropicana AC is not on the list of the first to be converted.

Tropicana is basically on its own at the moment at the southern end of the boardwalk. From the boardwalk you can walk to Caesars and Bally’s, and then further up to Resorts, Hard Rock and Ocean. The boardwalk location means it’s by the water, which is great, and since shuttles also run on the boardwalk, if you’d rather not walk, you can take a ride.

Tropicana itself, while a big property, is pretty well laid out and organized, with a lot of amenities. It feels modern and is to me one of the nicer properties in Atlantic City. It’s worth a visit if you haven’t been, and you’ll find a decent selection of slots awaiting you.