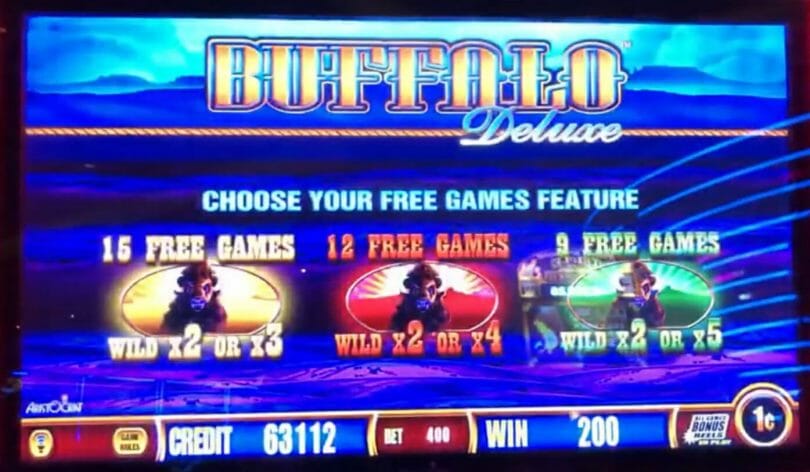 Sometimes, it can feel like a miracle to get a bonus on a machine. But what about getting two bonuses on a single spin? Based on the design of certain games, it can be possible. And it’s sometimes more rare than others, depending on the game.

Slot Queen has the first example on YouTube of a sort of Lightning Link unicorn: Getting both the free spins bonus and the hold and spin on the very same spin.

This is a bit different than getting a bonus inside the bonus, such as a Hold and Spin during the free spins. Instead one bet gets you both at one time, which is both rare and exciting!

There’s a few games where multiple bonuses/feature can be landed at the same time. Most of the examples are games with multiple bonus types (such as Lightning Link, which has free spins and hold and spin). I’ve seen reports Ultimate Fire Link has this too, but could not find an example on YouTube.

Another category of game that has multiple bonus potential is the multi-board games such as the Wonder 4 series. The above is an example of a scenario with multiple bonuses as triggered by MrMrs SLOTZ.

On Wonder 4, it’s a bit easier to get multiple bonuses together relative to the Link games, given the frequency with which they’re out there. And since you can also easily low roll a number of the Wonder 4 games, you don’t have to spend a lot on these games, just like you don’t on most link games either (since they usually start at around 50 cents a spin, excepting some of the newest versions).

So if you’re looking for a chance to double up on bonuses, there’s definitely ways to attempt to make it happen.