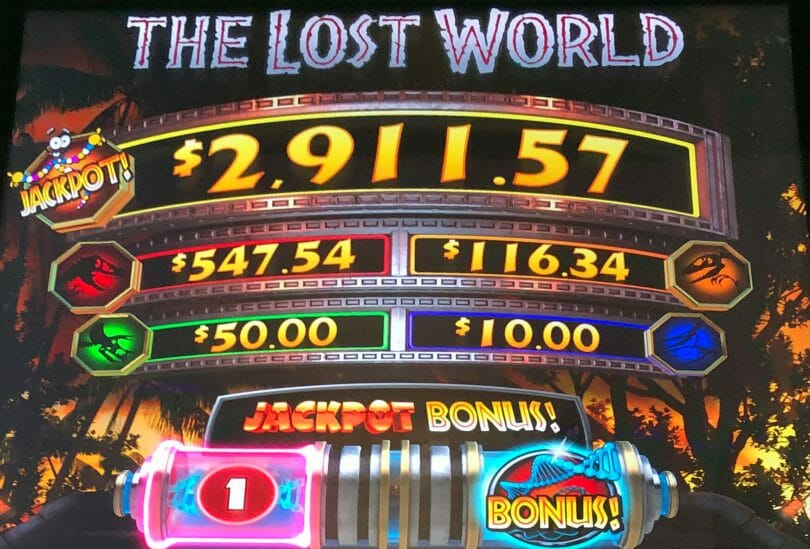 It may seem like a simple scenario – you play a slot, the progressives grow. But what makes them grow? In today’s post I’ll discuss a bit about how a progressive jackpot works.

Progressives usually increment in one of two ways:

In a few cases some progressives can be local, and the top progressive linked across machines. This is common on many of the Link-style games: Lock it Link, Lightning Link, Ultimate Fire Link, Mighty Cash, etc.

Machines with multiple progressives likely put different amounts into each of the progressives with each bet; the ones hit more often will likely increase the fastest because they also get hit and reset the most often.

The highest progressive will probably move the slowest. Part of that factors in the baseline on a top progressive being much higher than the smallest progressive, so the game has to make all that money up over time.

One last note is that it is possible on certain games the progressive moves at a different pace on some installations than others. This isn’t unusual on a game like Video Poker, so it helps to check that out if you’re going to be playing awhile. Just like you want to pick a game with the highest progressive amounts, if you spot a game where the meter is moving faster than normal, it may be worth a consideration to play.