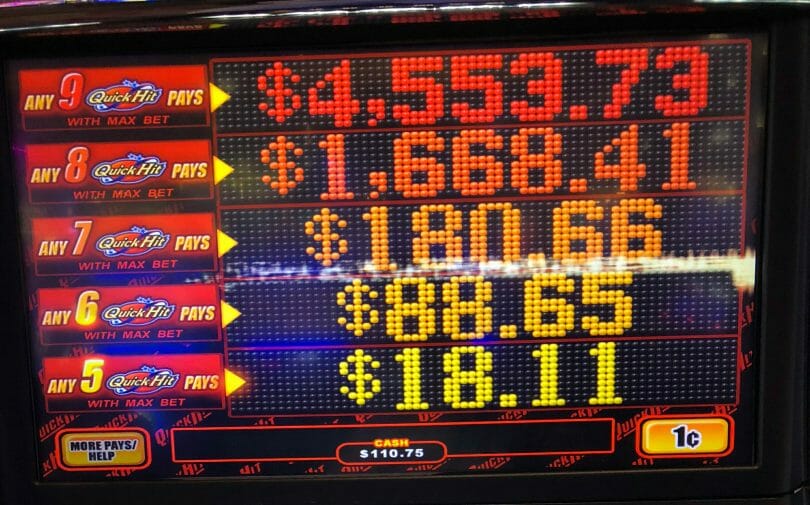 Slot machines, like many computer-driven devices, have a shelf life. At some point, a machine gets too old to repair, or a game’s popularity ebbs to the point that keeping a game around is no longer cost effective.

But many games have progressive jackpots that increment based on user play. So what happens to all that money accrued? Does the casino get to keep it?

While the official answer can vary by market, the quick answer is that the jackpot is generally repurposed.

Moving to a New Machine

The most common scenario is that a jackpot will be moved to another machine with a similar top prize structure, to ensure that it can eventually be paid, but also to ensure it’s attached to a game with a similar payout structure.

Sometimes, it’s easy, like other games in the same series. In the case of progressives linked to other machines, the other machines satisfy the availability of the game, so there may not be any requirements at all. Sometimes, casinos have to get more creative to find a home, but they do so because they’re not allowed to keep the progressive (we’ll explain why in a moment). They could simply set a machine to a fixed jackpot instead of offering a progressive if they wanted to avoid the liability or lower the slot’s payout.

In many markets a sticker will be added to the game noting that a jackpot could be moved as early as a certain date, which also gives players the heads up that if the jackpot isn’t hit, it could soon be relocated.

In some cases, casinos don’t have to solely move it to another game. They could take the prize that would have been awarded, and find some other way to give it out. A recent example of this was shared by Nisqually Red Wind Casino on Facebook when they announced that Titanic would not be able to stay on the casino floor any longer, and meanwhile the jackpot had built up quite a ways:

In the case of the slot in question, they decided that if the progressive wasn’t hit before the slot was decommissioned, that money would be put to use for end of the year promotions for slot players, which would spread the wealth quite a bit. That’s another great way to go and gives more than one player a chance to benefit in that scenario.

Why Casinos Can’t Keep It

Most regulations don’t allow the casinos to keep the jackpot if a slot is decommissioned because it would offer a loophole for casinos to pocket additional money intended to be returned to the player in the form of a jackpot win. By requiring them to move a jackpot or pay it out in some other form, it makes sure that the wagers players are making that feeds the progressive is eventually resolved.

Progressives can be a meaningful percentage of a game’s payout overall, and if that is taken away it would impact the overall slot’s payback, whether a couple of thousand dollar Quick Hit jackpot or the massive Titanic progressive that built up at Nisqually Red Wind Casino, in the example above.

Have you ever hit a major jackpot at a casino? Share your experiences in the comments!