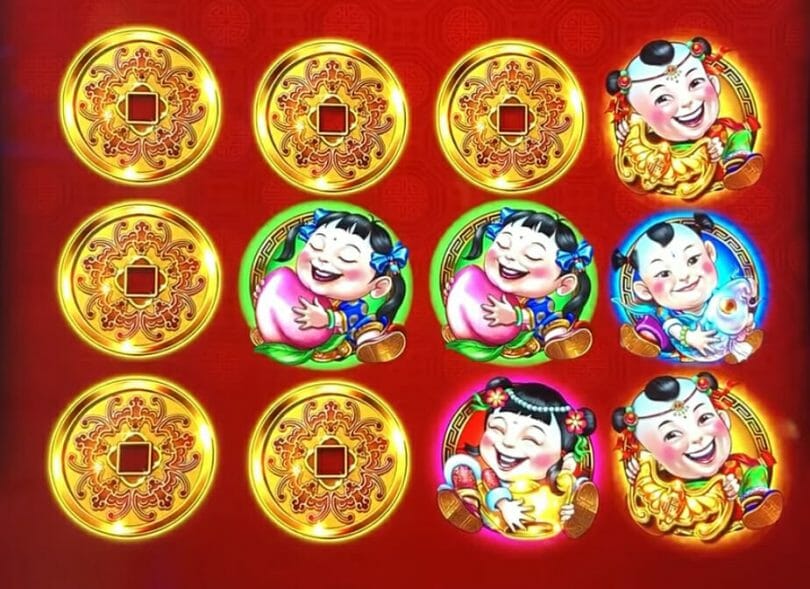 Many times, games with progressives are linked together to allow for better progressive amounts, and progressive growth, than a machine sitting on its own. In some cases, the way the games award progressives can determine when, and how, you get paid your progressive. This leads me to today’s topic.

On certain games, your prize is paid out at a certain point, based on what’s on the machine at the time it pays out. In other situations it holds the progressive for you the moment you enter a feature (this is not unusual in non-Vegas-style machine markets like Bingo machines or Video Lottery Terminals, in fact).

This can lead to some interesting scenarios. One example where the timing is critical is Dancing Drums and its siblings. While the progressive pick on those sames is predetermined, the prize isn’t locked in and awarded until you reveal the third symbol. So whether you deliberate and pick slowly, vs. whether you swipe the screen to a quick victory, will determine what your prize will be.

I was once at a casino playing next to another guy. The Mini and Minor were both well above normal – the Mini had crossed into the $40 range and the Minor into the $50 range, vs. a $10 and $25 reset, respectively. I eventually started speed playing at 36 cents (2 gold symbols, which is 18 cents, x2) to try to get the mini, figuring I’d focus on that one. When you only do two gold symbols, the only progressive you can win is the mini, so no pick screen – it just automatically awards the Mini if the wild symbol that lands unlocks a progressive pick.

My neighbor gets the pot to close and meanwhile I’m speed spinning. He is taking his time and while he figures out what coin to select next, my game stops spinning as I got a wild symbol and the Mini prize showed up, awarding me what had now grown to $50. My neighbor doesn’t realize it for a moment, still trying to figure out what to pick, but the Mini is now down to $10.

Fortunately for him, he won the Minor, also above $50 still at that point, but it could’ve been a much less lucrative outcome for him (and he was betting a couple of dollars to my 36 cents a spin at the time).

Ultimate Fire Link is another example, and with linked Mini/Minors per denomination, it’s not quite as risky since players could be on other denominations, but if you are both in a fireball bonus and on the same denomination, whoever finishes their bonus first and gets to awarding that progressive will win the racked up amount vs. the reset amount. So it may be worth speed stopping in this situation to get to the end of the bonus first, so you can capture that extra return in the bonus.