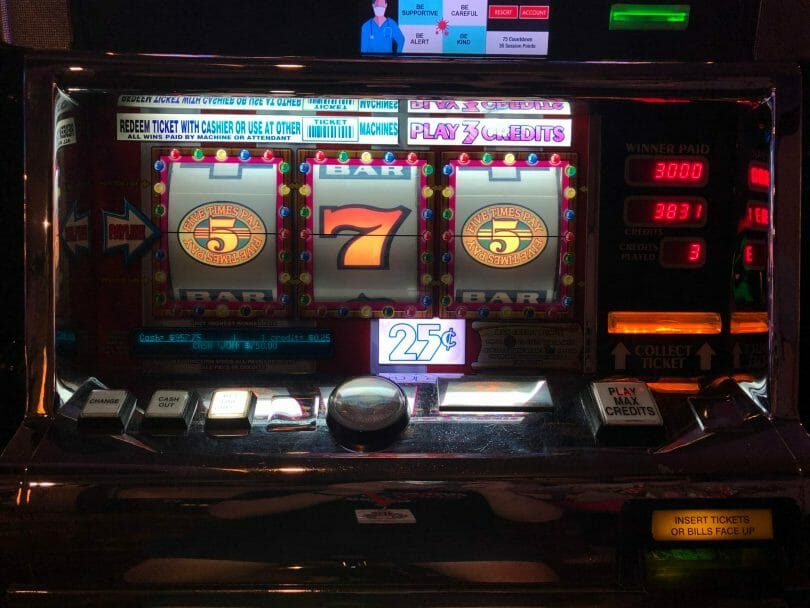 Last fall, I noted here on the site I was going to continue to give mechanical reel slots a bigger shake after having a strong showing on them in Las Vegas and back at home. They’ve continued to be in the mix in the new year, and I had a few fresh observations on them.

I had someone on one of my social media posts note they get bored on them. I don’t generally find that has to be the case, if you seek out the right mechanical reels machines. The Super Spin Sizzling 7 game, for instance, has a fourth reel that can add credits, a multiplier, or even move the reels around a bit.

There’s actually quite a bit of interesting variety in mechanical reel games for those seeking something different, going back to the days of Double Diamond Deluxe and Haywire.

I tend to jump around games a lot to begin with, so sitting and getting bored is easy if a game isn’t doing anything, but I found myself seeking out games with the potential to be more active and interesting, such as the game above, which was an old WMS mechanical reel slot with the chance to feature often.

I’ve gained a newfound appreciation for the 7s style mechanical reel games, where lining up 3 7s of any type pay pretty well, and lining up 3 of the same 7s pay more; there are plenty of variations within them as well, and come under lines such as Sizzling 7s and Blazing 7s, but tend to give solid hits with enough relative frequency to keep it interesting.

And I have some of my historical favorites, like Bonus Times, that with the multipliers can get pretty fun quickly. At the casinos I’ve visited this year I’ve actually found it difficult to get on these machines because of their popularity, even with the casino having added some newer ones relatively recently.

All of the screen shots seen here are examples of line hits I got while playing various machines. In the era of early video reel slots, a 25x bonus would be a nice win, and all of these were good contributors to getting solid casino play during various visits.

While they still make up a minority of my visit to the casino, I have been seeking them out with each visit, whether to slow down play when the video reels are beating me up, or to take some higher swings when I’m doing well by picking a couple of dollar denomination machines.