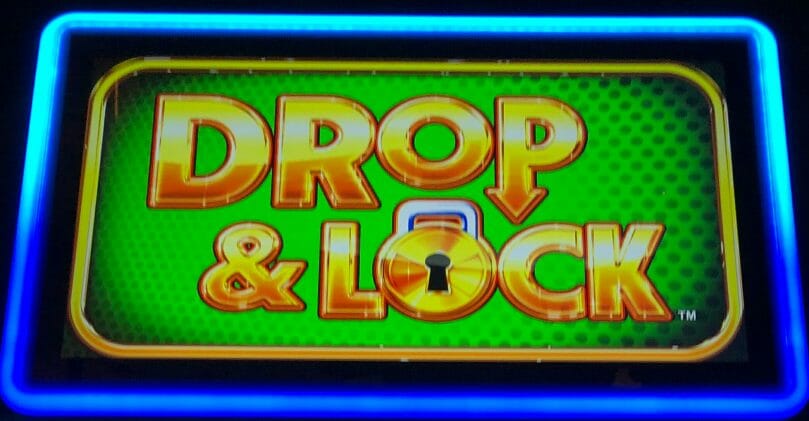 I’ve previously shared write-ups on the initial two installments in the Drop & Lock series, Sweet Tweet and Deep Sea Magic. Both have been fun to play, but as I’ve played it more a tell has become more obvious to me as just someone observing the game.

When you land the bonus symbols in reels 2 and 3, when the suspense spin sound kicks in if the fourth reel has bonus symbols, they’ll land. This is in the same vein as the Wild Wild and Buffalo Grand tells.

The difference is in this game there appears to be some sort of visual glitch; it doesn’t smoothly come back around, but just pops back into where the suspense spin started. It looks like something went wrong when the suspense spin was implemented, as it seems to always snap into a different place, win or lose.

On Sweet Tweet there is no suspense spin for the Drop & Lock feature, so there’s no tell if the six eggs are coming – that’s done smoothly. There is a suspense spin for Deep Sea Magic, and it does fly by right as the sound starts, and on some reels there is a distinct jump, while others there are not. Reel 4 seems to have it in both cases.

So the suspense spin will give you an indication at the time it begins the sound whether you’re looking to get the bonus or not, particularly on the free spins bonuses for both versions, and the Drop & Lock version on Deep Sea Magic.

Here’s a video from The Big Payback featuring Sweet Tweet. There are chapter markers to easily find the right spot, or you can jump right to around 7:07 to see the suspense spin and the reel snap back around to the free spins.

Again we’ll go to TheBigPayback for Deep Sea Magic. Watch at 8:01 for the suspense spin on the Drop & Lock where it jumps to the spot where the ball will land.