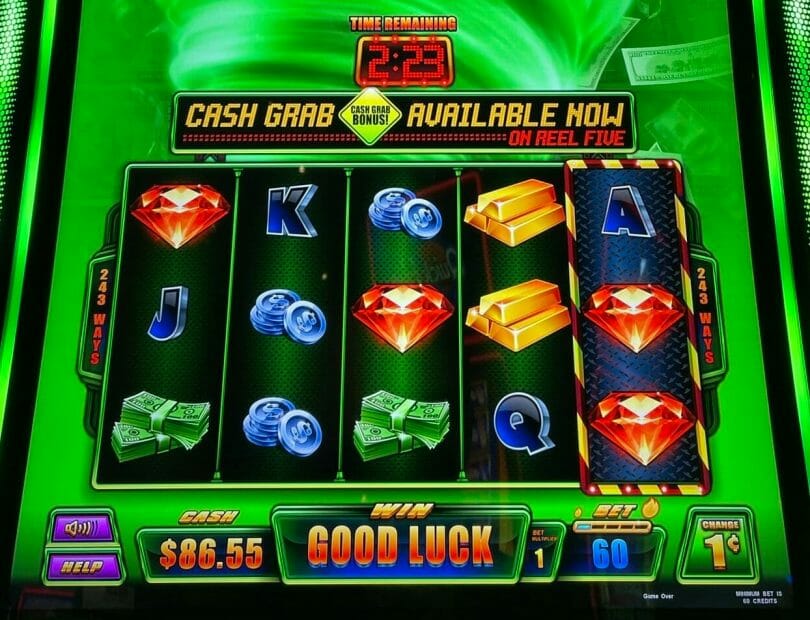 The concept of a Frenzy Mode is one that is becoming a bit more commonplace on slots as of late, and so the term is getting more frequent usage. Frenzy Mode is a term to indicate that something is shifting in the gameplay of a game for a limited period of time, offering unique rewards.

This has taken shape in a couple of different forms. For Everi, this has frequently taken shape with a countdown timer running and some new game play elements being introduced, usually an extra bonus element:

The clock-driven frenzy modes have been very popular, so it makes sense Everi is expanding the games in its library that support such a capability.

But it’s not the only use of the term. Aristocrat uses the term in the 5 Coin Frenzy series when five coins have been collected, and a five-spin Frenzy Mode is enabled with extra things going on, such as wilds each spin. Like Everi’s, it is a unique mode compared to the base game as other things are in play, which can deliver its own opportunities.

What’s in common here is the monolithic nature of how slots exist is being stretched. Just like the second screen bonuses that kicked off this evolution, Frenzy Modes stretch the initial slot reels screen in various ways that don’t require things to remain static in the base game, something clearly easier to accomplish with video reels vs. mechanical reels.

In that way the slot experience can evolve and have new ways to excite players beyond the more standard bonuses and features as part of base game play that players have come to know over the past few decades.