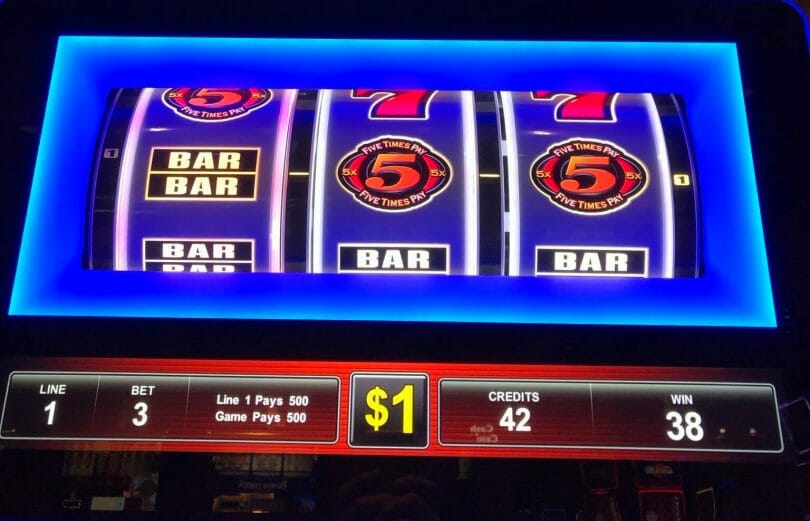 Many people who think of a slot machine think of the classic image of a three reel slot machine. A modern slot floor still have these, known as mechanical reels slot, but they’ve become secondary in most cases to computer screens that have visual representations of slots instead.

IGT, in turn is regularly releasing high denomination slot machines, such as Jin Long 888, which I recently wrote up. There’s some newer games with similar theming hitting the floors that extend the idea.

They’ve also been re-releasing games such as Quick Hit, a five mechanical reel format, on the same cabinets recently.

Aristocrat, in turn, has released games like Buffalo Gold in a mechanical reels format, and a new Buffalo five reels game is making its way out as well.

One thing that’s different about mechanical reels over their computerized counterparts is the fact that they can only physically house so many symbols, traditionally having just 24 reel stops, and so that has an impact on the game’s design. Virtual reel mapping allows them to make some stops on the reels more frequent than others, but they can’t have more than 24 unique spaces on the reels as a rule.

Mechanical reel machines tend to have a lengthy lifespan on the casino floor, despite the moving parts inside the machine; many IGT machines from the turn of the most recent century continue to live on many casino floors, and remain popular, such as Top Dollar and Pinball.