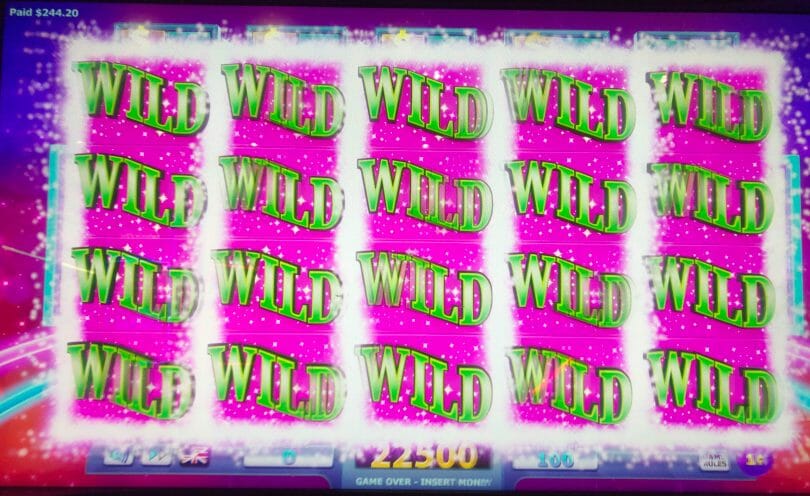 Wikipedia says: “In computer science, persistence refers to the characteristic of state that outlives the process that created it.” In the case of slots, this is an element that sticks around beyond the spin that brought it about.

You’ve seen this in a variety of ways: Gold frames on Zodiac Lion or Scarab, gold coins on Golden Egypt, or multipliers on Blazing X. You might hear the terms Accumulators or Bonus Slots to effectively describe the machines or features similarly, but it’s talking about those persistent states.

On certain game classes, a persistent state was limited to a single player. Cash out, and the machine would reset. Examples of this would be games like the Win it Again and Power Spins series by WMS, or the Return of the Sphinx slot. This was to conform to certain regulations at the time.

When regulations evolved to allow for skill-based gaming, persistent state elements that went beyond a single player became much more commonplace. The same changes that allowed, say, for the number of shots being collected and maintained on Space Invaders in a persistent state for the skill-based aspect also allowed for collection of other elements too.

Persistent state games are becoming, well, persistent on the slot floor, with many manufacturers experimenting with it on various games and even bringing it to popular series like Quick Spin. And if you know what to look for, it can even help pad your bankroll. But for that, I encourage you to take a look around the various slot articles on the topic.