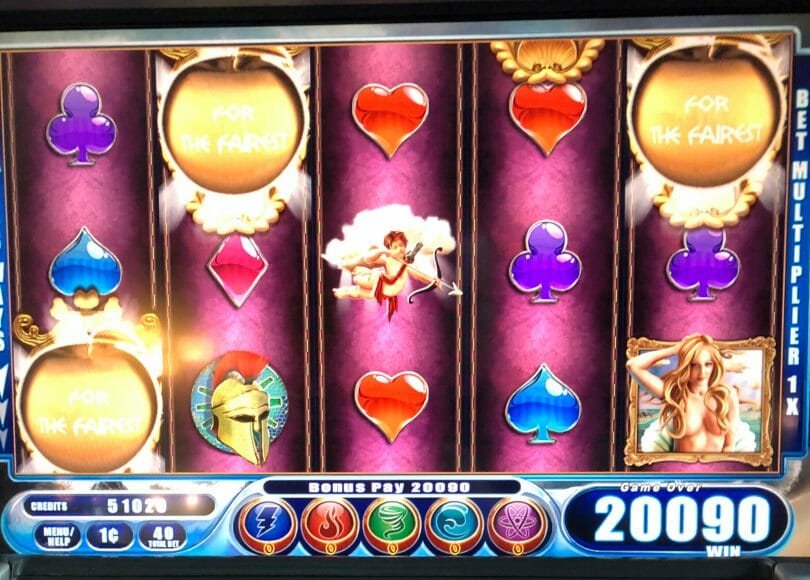 Most of the time, slot games pay based on lines or ways, starting from the left reel and working their way across. However, this isn’t always the case. Most commonly, Scatter Symbols exist that break out of this paradigm.

So what are scatter symbols? They are symbols that provide something based on having the right number of them present anywhere on the reels, as opposed to on a pay line or on connecting reels.

In some cases Scatter Symbols can be pay based on 3, 4 or 5 of them being present. This can be getting a certain number of Quick Hit symbols on the Scientific Games series, for instance, or the moons on Enchanted Unicorn by IGT.

In other cases a scatter symbol arrangement can lead to a bonus round. An example is the free spins on Dragon’s Return by Konami, which gives you free spins when you trigger at three eggs (with more for higher egg counts).

Of course, Scatter Symbol can offer both. The Buffalo line of games by Aristocrat features a scatter bonus trigger on 3 or more coins, and gives not only more free spins for more coins landed on the trigger (or retrigger), but a higher monetary payout as well. So in that scenario it works as both a Scatter Symbol bonus and pay.

Scatter Symbols will be labeled as such on the pay table when it happens. This example from a Quick Spin game shows a scatter symbol, which also is the bonus symbol, in the upper right corner of the pay table.