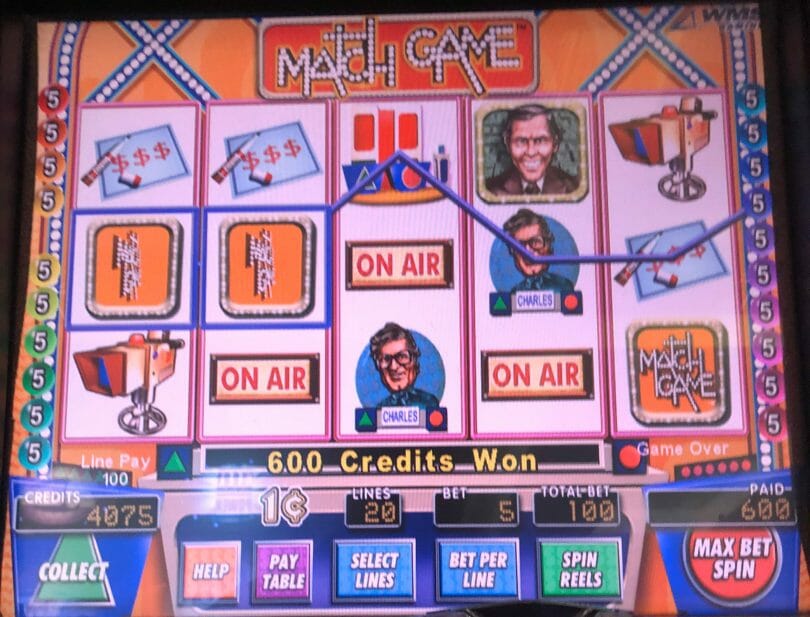 This question came up on a forum I’m a part: When you see a lot machine refer to lines, vs. ways, what’s the difference?

When you see lines, this is short for paylines, which are preset patterns that, when symbols line up across them in a formation that leads to a pay, you’ll be paid the amount on the pay table.

The game will tell you the number of lines that are available, and if not directly on the game itself itself, will tell you in the paytable what constitutes a payline for that game. On some games you have control over the number of paylines you play.

This means you might have the same symbol appearing across the reels, but since they’re not on a wagered payline, or a payline the game offers, you don’t get paid. This, like other near miss elements, can encourage a player to keep going.

On the other hand, when you see ways, such as 243 ways to win, this is basically taking the number of unique symbol combinations on a reel set, such as a 5×3 reel set, and figuring out the total number of ways a symbol combination can land (in this example, 3x3x3x3x3=243 ways). This is sometimes dubbed All Ways Pays.

Instead of a distinct line needing to be accomplished, if a symbol appears in adjacent reels, starting from the left-most reel, to satisfy how many a pay table requires to appear (3 in a row, 4 in a row, etc.), then you get paid. If you get multiple symbols in a single reel, the pays will be multiplied since you got it on multiple “ways.”

Between the ways and stacked symbols, these games tend to be more volatile.

Ultimately, whether lines or ways, each slot has rules governing how it pays. Hopefully these definitions helps explain how they work for your next slot machine play.