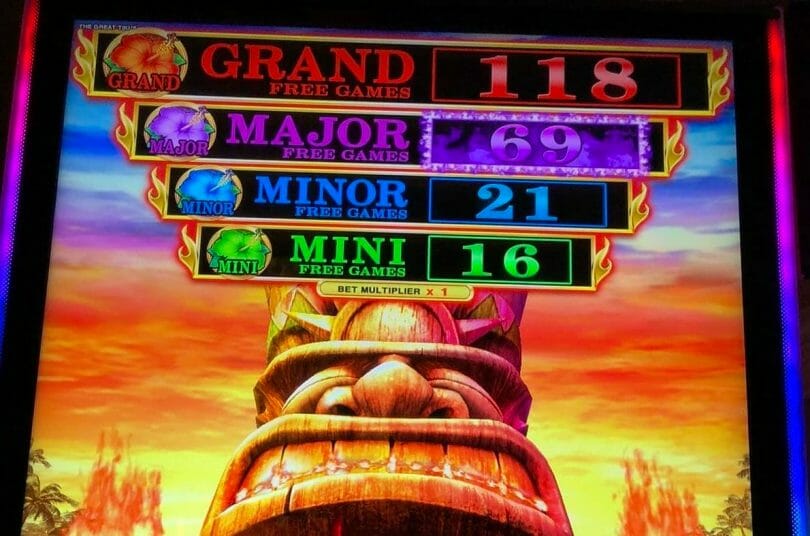 Previously I shared learning about the term Perceived Persistence, which indicates that the object evolving on screen doesn’t have any additional value in terms of enhancing the game. By comparison, another term is True Persistence, which does mean an element that can enhance the game.

There’s plenty of example of this written up on the site, whether the gold borders collected on Scarab, the coins on Golden Egypt, or the bubbles on Ocean Magic.

Other types of true persistence are growing cash values that are awarded under the right circumstances, progressive free games or progressive wild counters. Cash Falls collects cash on reels symbols and if you fill a reel before the counter expires, you get all the prizes on the reel.

In each case, the games with true persistence elements are indicating additional potential value from these elements. Some stick around until awarded, like Must Hit By progressives; some have an expiration after a certain number of spins, such as the bubbles on Ocean Magic, which move one space each spin until they fall of the reel set.

Some are open ended, such as the progressive free games and wilds, which can take some time to hit. Others have a short shelf life, such as the 10 spin cycles of Scarab.

As you can imagine, there’s a variety of ways these games take advantage of these elements now, and a variety of true persistence techniques have been developed and evolved over time.

There are more games coming, like Dragon, which I saw at G2E with Light and Wonder, and had a ring element that persists and collects coins while it sticks around. It seems like, at least for now, the peak of these type of elements has passed, but they’re still sticking around in various forms, and will be on casino floors for years to come.