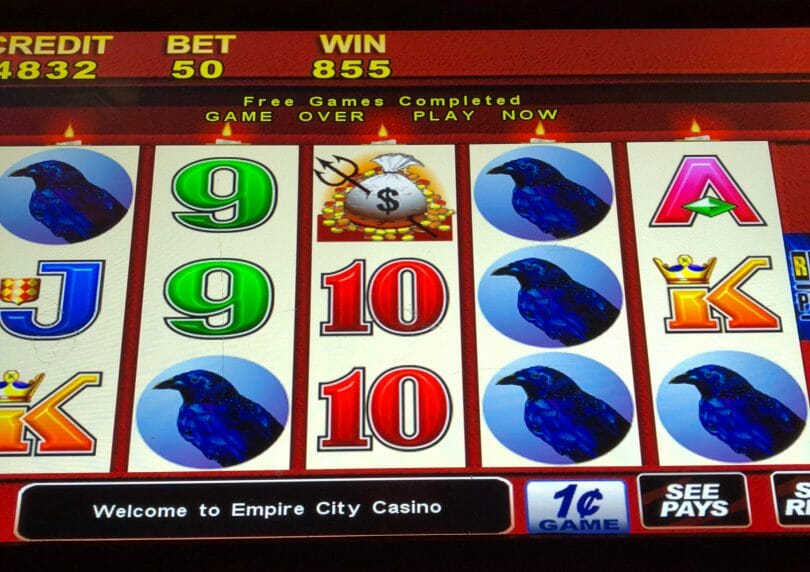 In last week’s Slot Vocabulary post, I spoke of the idea of reel stops – these are the locations that a reel can come to a stop, and each reel has a set number of them. Where reels stop obviously impact what the payout of a given spin will be, so it’s a critical part of a slot machine’s design.

A secondary part of this is the ability to add a weighting component to each reel stop. By this I mean the relative frequency one reel stop will be used compared to another. This can be accomplished by virtual reel mapping, in particular when it comes to physical reels with a limited physical component.

Imagine a physical reel set that has symbols with spaces between them. A game could be designed to stop on a space with more frequency than, say, a bar. And a bar could stop with more frequency than a 7. By using weighted reels, you can effectively increase the number of potential combinations, and make some scenarios more common than others.

For instance, weighting certain reel stops next to, but not on top of, the bonus symbol, multipliers, scatter symbols and so on can create the effect of near-miss scenarios that look like you almost made something happen, even though by design it wasn’t going to stop there. This has a psychological impact on certain players to get them more excited about playing further, when in fact the near-miss elements are part of the game by design.

The use of weighted reels can make bigger top payouts possible, but at the cost of more dead spins or false wins. This is why one way you can tell the volatility of a slot is by looking at its top payout opportunities – the higher that top payout, the more that game has to be designed to take in money longer and reduce the odds of that top payout occurring.

So a 2,500 coin three quarter Double Diamond mechanical reel machine, which less than a 1,000x top prize, will be able to pay that top prize with more frequency than, say, a $10,000 minimum progressive grand on a Lightning Link or Dancing Drums machine.