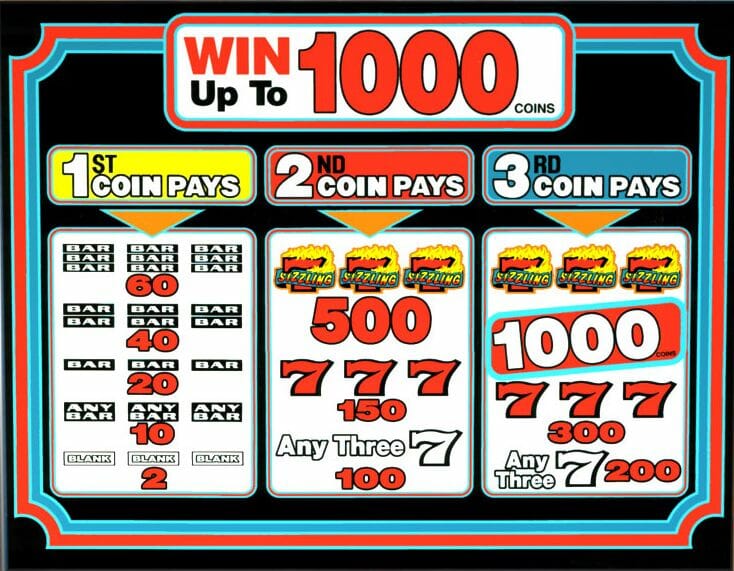 I’ve previously discussed progressives as a major indicator of the chances for a slot to be volatile. However, on a more general level, a slot’s volatility can also be detected by the top payout of a machine.

For example, I have previously brought up on this site the Hundred or Nothing slot machine that exists in Las Vegas. There’s two outcomes: $100, or $0. But on a $1 bet the top payout is 100:1. That means that the game will likely drop that $100, on average, once every 105-110 spins or so (factoring in a house edge on the game). It will automatically give out its top payout because that is the only prize it has to offer.

The game theoretically can get volatile in the fact that it could go hundreds of spins without paying the prize, and then pay it back to back, or instance. But that’s probably on the extreme end of what volatility can do with a low top payout. And there’s a lot of games on the market where a bankroll swing of 200x or more in a short timeframe can happen quite swiftly.

A more traditional slot machine with a low top payout is Quick Spin, recently covered here. Quick Spin has a top payout of 1000x, and no progressives, so all the pays are in the base game and wheel spins. The outcome is a game that tends to give a lot of bonuses, wheel spins, small payouts on the reels and more.

Games with bigger top payouts or potential will by design need to be more volatile to afford those abilities. A game like Mega Vault, loaded with multipliers that can drive up the top payout potential, has a lot of dead spins. Games with big top progressives, like Dancing Drums, can be tough at times as well, a necessarily evil when you have a game with a $10,000 top prize that can be won on as low as 88 cents.

As such, the top payout a game can deliver is a helpful indicator of how volatile a slot is going to be.