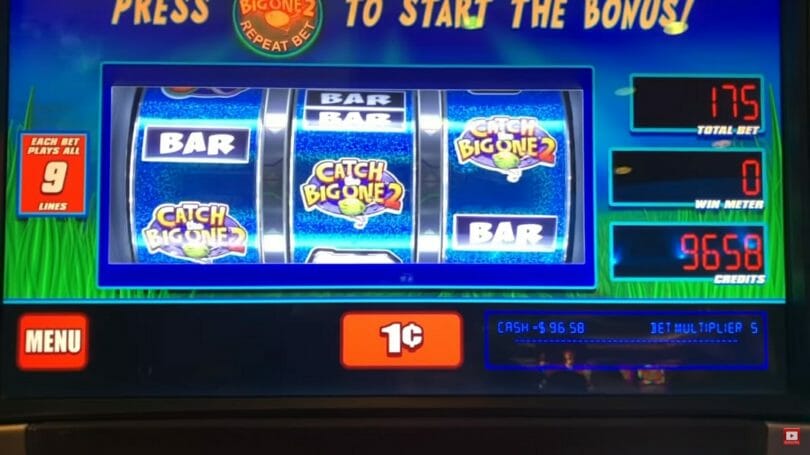 Today’s edition of Telling Slot Machine Tells focuses on winning progressives. There’s a somewhat common thread to certain games, if you know what you’re looking for, that can reveal your progressive win before it happens on your screen.

In this game, if you get three lures, you win a fish, and the fishes can be anywhere from a few dollars to hundreds of dollars in progressives. But if you watch your neighbors’ machines, you can see a progressive reset before the fish are animated to show you the result.

As such, if you want to know the outcome faster, all you have to do is look to your left or right and see which progressive starts over.

Awhile back Slot Queen featured a video that discusses that there’s a tell. If you watch really carefully you can see an example of one progressive resetting before it shows on their friends’ screen:

It has a somewhat lengthy animation, and gets longer for higher stages, when you win a Must Hit By progressive, but the other machines, it resets once the progressive win has been triggered.

Brian Christopher has had a lot of success on these games, including this lengthy run with multiple Must Hit By progressives. In the video he discusses the tell with Britt on his team:

As you can imagine, there are many games where this doesn’t work, but there’s also scenarios where they do. In places where bonuses are predetermined, such as the New York state lottery-run video gaming machines, you may see tell tale signs of a tell on progressives when one is triggered, such as:

In cases like these, if you want to avoid being tipped off, just don’t look to your neighbor’s machine.