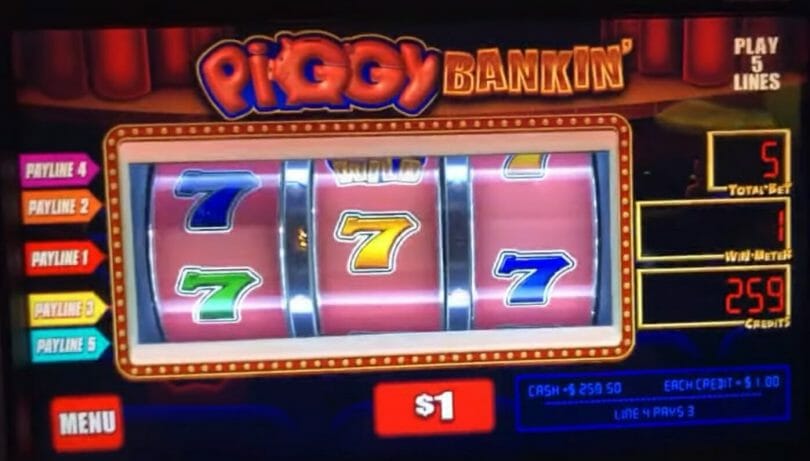 On mechanical reel slot machines, it’s not uncommon for some reel stops to have no symbol on them. These are known as blanks, and of course are there to help ensure that non-winning combinations exist.

Some games have the benefit of three blanks giving you a partial payback or a refund of your wager. This can make getting three blanks a bit more exciting, since the chance of that happening generally seems less likely than getting some symbols and some blanks. Some players even favor certain versions of high limit games, like high limit Wheel of Fortune, that feature the all blanks payouts.

Modern computerized reels slot machines, which don’t use physical reels but instead have computer screens with imagery that approximate reels, eschew blanks most often in favor of more complex reel strips that have more reel stops and more potential symbols and combinations. This rebalance negates the need for blanks.

However, the occasional game will still use blanks as a way to play with the concept of those reel types so it’s not completely out of the question to see them on computer-generated reels.

Conversely, there are certainly mechanical reel slots that don’t utilize blanks either, similarly mixing up the symbols (or using stacked symbols, depending on the game) to ensure their own ways of ensuring wins and losses can be balanced out.

Popular mechanical reel slots continue to make use of blanks, so the classic era of symbols and blanks on slots shows no signs of going away any time soon.