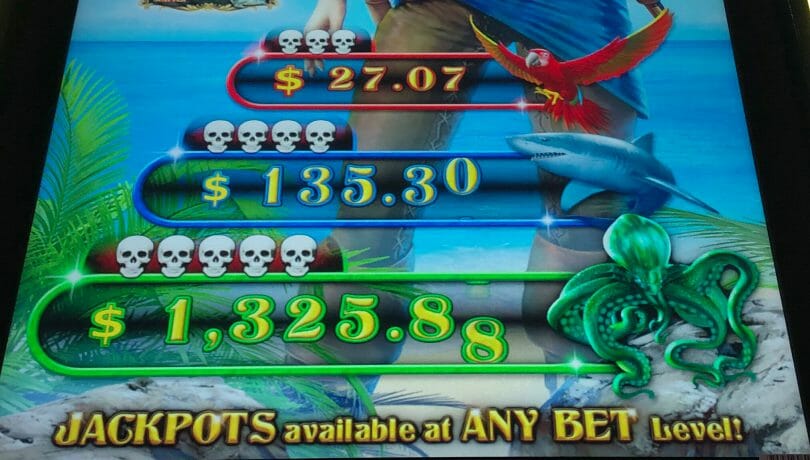 One of the most popular features on a slot machine are those where you can win a big progressive jackpot. It used to be that you’d have to bet the maximum to qualify for them, such as on games like Quick Hit, but games and technology have evolved, and with it the types of progressives available.

There are games that you can win the progressive on any bet, Must Hit By progressives, max bet progressives, ones where you win based on a single symbol dropping, filling a screen, and so forth.

What they all have in common is that every time you make a wager, a portion of your bet fuels the growth of a progressive, or pays for the base amount that a progressive starts out at. And because of this setup, you’ve just encountered another aspect of what can make a slot more volatile.

Games like Quick Hit are more in the middle, where the lower-end progressives tend to be more available, but bigger progressives are more out of reach, and can be in the thousands of dollars on many Quick Hit machines.

At the high end are games like Dancing Drums, where the Grand Jackpot starts at $10,000 and can build for a long time before being hit. And every spin on the machine, a portion of your wager is sent up to that top progressive, to be paid in one lump sum to a single spinner.

If you’re a player that loves playing games with progressives, it’s always important to remember that not all progressives are equal in size relative to the bet you’re asked to make, and as such the amount they weigh on the machine’s overall payback.

The more of your bet that goes into fueling a progressive, the more volatile a game will be. And the higher a progressive starts and grows, the more that weight will be felt.